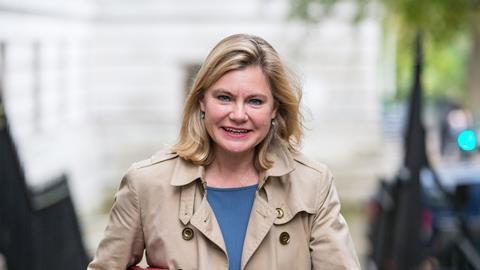 With women lawyers poised to overtake men in the solicitors’ profession next year, a gender pay gap checker created by the government and Office for National Statistics shows legal professionals are still paid an average 10.3% less than their male colleagues. The good news is that this gap is smaller than that across the economy generally.

However the gap is smaller than the national average of 18.1%. Those with bigger gender pay gaps include financial managers and directors (32.4%), medical practitioners (28.6%), and chief executives and senior officials (27.8%). Professions where there is no gap include special educational needs teachers and social workers.

Women and equalities minister Justine Greening (pictured) said Britain had the lowest gender pay gap on record, more women are in work than ever before, and women sit on every FTSE 100 board.

Greening said the tool would empower men and women to challenge the gender pay gap in their profession.

She added: ‘Employers must play their part in this too and take action to tackle the gender pay gap in their organisation. That’s why we are requiring large employers to publish their gender pay and gender bonus pay gaps for the first time ever and our regulations mean they can start getting ready to report from April next year.’

The regulations were subject to a public consultation and will now be debated in parliament.

He added: ‘They now have a relatively short window in which to consider these regulations before taking a snapshot of their employee data in April 2017.

‘There remain some complexities for business over the interpretation of which employees and what elements of pay fall within the regulations. Employers should be considering these as soon as possible to ensure that they accurately capture their true gender pay position.’

The tool uses latest data from the Annual Survey of Hours and Earnings.

The government has also created an online quiz allowing people to ‘challenge their knowledge’ of what the gender pay gap is for various professions.