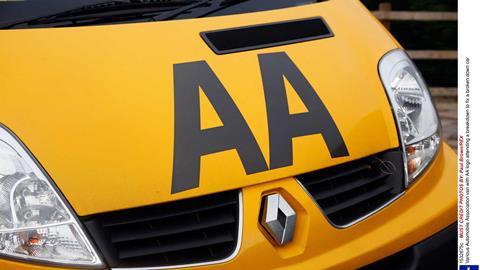 The AA today confirmed it will start offering legal services within weeks following the approval of its alternative business structure licence.

The breakdown recovery and insurance specialist has entered into a joint venture with law firm Lyons Davidson to create AA Law, which will start trading on 1 December.

The AA, which applied more than a year ago for ABS status, joins the likes of Direct Line, Ageas and BT as household brands that have taken advantage of non-lawyers being able to enter the legal market. The ABS licence was today granted to AA Law by the Solicitors Regulation Authority.

National claims specialist Lyons Davidson is already one of two firms in a joint venture with the insurer Admiral, announced in April.

In a statement, the AA said AA Law will initially handle personal injury and other litigation associated with car accidents suffered by its members and customers, thus reducing reliance on a panel of law firms. Employment and contract services are likely to be added as a ‘natural evolution’ of the new business.

‘It will enable us to protect our customers from excessive legal costs,’ said Janet Pell, the new head of AA Law. She has been head of legal services at the company since November 2010.

‘This is a goal we have been working towards ever since ABSs were announced and I’m delighted that we have been able to do this with the expertise of the widely trusted law firm, Lyons Davidson.

‘It is a natural fit for the AA, its legal helpline and its motor legal expenses policy, which is already supported by Lyons Davidson.’

The AA already hosts legal documents on its website for legal recourse on a number of issues and the intention is to extend that into more consumer-facing legal services.

Pell added: ‘The AA is often asked by home insurance customers for advice in dealing with legal issues such as conveyancing or wills – and we plan to expand into offering services such as these as well.’

According to the AA website, the company represents more than 40% of the breakdown cover market, with around 16 milllion customers subscribing to at least one its products. It has written around five million car insurance policies in the past five years.