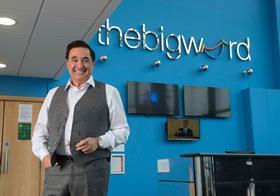 Thebigword's Larry Gould says artificial intelligence 'still has a long way to go' before it catches up with human linguists, as the Leeds-headquartered firm announced it has created a 'translation legal division' that will carry out work for law firms.

Delivering the Sir Henry Brooke annual lecture on 'the age of reform' in June, Lord Burnett of Maldon said he had 'little doubt' that high-quality simultaneous translation will be available and 'see the end of interpreters'.

Gould says the lord chief justice was correct to say that machine translation and AI are transforming the language sector. However, 'our experiences have taught us that AI still has a long way to go in being able to deliver the subtleties and nuances of language'.

Gould said: 'At the moment these can be lost very quickly with machine translation, and this could have a big impact on access to justice and law enforcement if it is rushed out too fast. That's why we continue to provide expert human linguists to the Ministry of Justice and others because we believe that they are still the very best way of getting the highest quality interpreting and translation.'

Erica Baron, who the company says was 'instrumental' in winning the Ministry of Justice contract, has been appointed the division's sales manager. However, the division is separate to the operations that serve the MoJ, thebigword says.

Latest figures published by the ministry show that the overall success rate of completed service requests has remained stable at the 98% key performance target since the second quarter of last year.

Nihat Arkan, thebigword chief executive, said complaints are 'regrettable but are below the 1% threshold and have continued to decline in number'. The company is working with the ministry 'to roll out a number of data driven and operational initiatives', Arkan added.