Criminal defence solicitors in Shropshire want to 'rule in' the possibility of a judicial review if a decision to transfer remand prisoners to a court in a different county is not changed after the government submitted incorrect data about the numbers affected.

The Shropshire Defence Advocates Group has written to the Judicial Business Group calling for the policy to be changed after Philip Dunne, Conservative MP for Ludlow, was given wrong figures by HM Courts & Tribunals Service in response to an enquiry about Shropshire prisoners.

Dunne was told that the number of prisoners held for court the next day from Shropshire was 12 in April 2018, five in May 2018 and three in June 2018. The correct figures are 32, 30 and 22 respectively. HMCTS told the Gazette that it apologised for initially providing the wrong data, which was an 'honest mistake and the result of human error'.

Following a request made under the Freedom of Information Act, the advocates group has also obtained police data which, the group says, shows that between April and November 2018, prisoners who could have been produced at Telford under the old policy were detained for an additional 4,517 hours, with the average detention being 19 hours.

The advocates group, in its letter, says the extra detention has meant additional costs to the taxpayer and legal aid fund, 'great inconvenience' to the police and 'unnecessary hardship' for prisoners.

HMCTS said the Judicial Business Group decided to centralise the remand courts following a public consultation. 'The centralised remand service has brought significant benefits to victims, witnesses and indeed defendants by delivering earlier trial dates, allowing for quicker resolution of cases. We have also seen a reduction in the number of ineffective trials since the changes were made,' a spokesperson said. 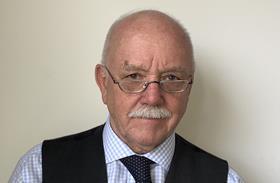 McMillan: advocates group wants to 'rule in' the possibility of a judicial review

However, John McMillan, co-chair of the advocates group, told the Gazette that trial figures have improved because the number of criminal court cases is down, a trial 'blitz' was instigated and two district judges are now sitting at Telford.

McMillan says the group does not rules out a judicial review, pointing out that detainees must be brought before a magistrates' court quickly under the Police and Criminal Evidence Act 1984.

The decision to centralise remand hearings has also meant fewer cases being heard at Telford. McMillan said court utilisation rates, which the Ministry of Justice often cites to justify court closures, 'will be down'. A fortnight ago, he said, two criminal courts running at Telford were finished by lunchtime.

HMCTS said there were no plans to close Telford Magistrates' Court.