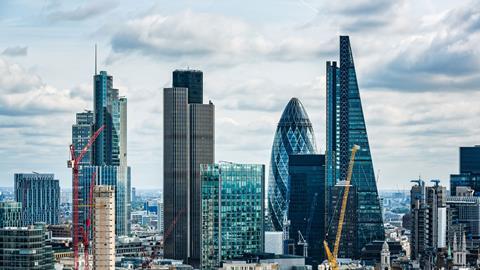 City firms have begun to release their spring trainee retention rates, with many rates falling compared to previous years.

International firm Hogan Lovells retained 79% of its intake. Of its 29-strong cohort, 26 applied for a role with 23 offers being made and accepted.

Magic circle firm Clifford Chance retained 67% of its trainee group. Out of 46 trainees, 43 applied for a role. The firm made 33 offers with 31 trainees accepting a position.

At International firm Herbert Smith Freehills 77% of its 35 trainees were taken on. Of the 35, 33 applied for a role, 28 offers were made and 27 trainees accepted a position.

But figures were also down on last year when the firm took on 94% of its 35 trainees.

Berwin Leighton Paisner also posted a fall in the number of trainees taken on. Just 55% of its trainees, 11 out of 20, were given a role.

Last year, the firm took on 70% of its trainees.

Anthony Lennox, BLP's partner and training principal, said: ‘We’d like to have been announcing a higher proportion of qualifiers. However, our NQs will continue to be a huge asset to our firm, across the teams that they will shortly qualifying into.’

Meanwhile Slaughter and May announced late last year that all 25 of its trainees eligible to qualify in 2017 had been made an offer by the firm and had accepted a position.

‘Our consistently high retention rates demonstrate that the long-term future of the firm, as well as its distinctive culture and ethos, is in good hands,’ a spokesperson said.

Earlier this month, the Law Society’s Junior Lawyers Division said one of its priorities for the next 12 months would be to ensure that trainees are told in adequate time whether or not they will be retained by their firm.

JLD chair Bryan Scant told the Gazette there were some instances where trainees were told only a day before their training contract was due to finish that they would not be taken on. Others had been told they would be taken on only for the firm to then change its mind.