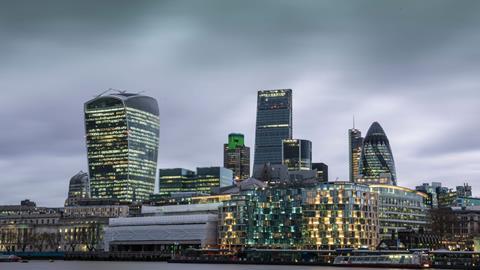 The Price of Law, a report written by costs expert Jim Diamond for the Centre for Policy Studies thinktank, claimed hourly rates for leading London firms can now exceed £1,000 and are the highest ever recorded.

Diamond says the increasing complexity of UK tax and legal systems is causing prices to rise.

But he also cites a lack of transparency - with no published online rates for commercial legal services - amongst law firms which allows them virtual control over their prices.

Diamond said while the ‘remarkable’ similarity in rates charged by each of the magic circle firms, with a difference of no more than 5%, did not amount to ‘collusion’, it was indicative of a malfunctioning market.

Diamond, who has worked in-house for Clifford Turner (now Clifford Chance) and Allen & Overy over a 30-year career, said steps have to be taken to ensure fair practice in legal procedure.

‘The billable hour is an outdated and unsustainable billing method for legal services to continue,’ said Diamond.

‘Alternative billing methods must be considered and legal procedure must be simplified to ensure that the legal market place thrives in the long term, and the price of law is not punitive.’

Lord Justice Jackson has suggested fixed recoverable costs for all civil claims worth up to £250,000, but this would omit many of the cases worked on by the leading commercial firms.

The report calls for radical changes to the billing and budget protocol, as well as simplified tax laws and greater transparency.

Diamond recommends that legal regulators insist on all law firms publishing hourly rates of their fee-earners, and if necessary that the Office of Fair Trading investigates if there is evidence of perceived or alleged collusion.

Law Society chief executive Catherine Dixon welcomed the report's recognition that the City of London has some of the best legal firms in the world.

'City law firms have built a reputation for excellence over many years and make a significant contribution to the UK economy,' she said.

'The fees charged by City firms reflect the complexity of the work and high standards required by corporations from across the world, which use English law and our firms because we are a centre of legal excellence.

'Many of these firms offer competitive prices. They are highly successful businesses operating in a competitive sector. We should be celebrating their phenomenal success.'

Alasdair Douglas, chairman of the City of London Law Society, vigorously denied any suggestion of anti-competitive behaviour: ‘The top commercial law firms operate in an intensely competitive market - domestically and internationally - with many firms vying for the same work. There is no cartel of a few UK firms sharing the work out between them. In fact at least 30 firms, US- and UK-based, have the scale, international reach and resources to do most commercial work. That high level of competition has a major impact on determining fees.

‘City law firms advise a variety of clients, including multinational companies, financial institutions and governments, in relation to complex legal issues. By contrast, firms that conduct the majority of their work for individual clients or small business would not be seen as city firms. Clients and their lawyers negotiate the appropriate rates and method of charging depending on the work being done; hourly rates, fixed-fee agreements, discounts, premiums and the provision of secondees all being part of the mix.

‘The typical City firm/client relationship is extremely well-informed; companies’ in-house counsel, many of whom are ex-City lawyers, are very experienced and only pay where they think they receive value for money. The clients will take their instructions elsewhere if they are dissatisfied, and can manage any complaints about the pricing in the same manner.’