The Crown Prosecution Service has challenged comments made by the chair of the government-commissioned legal aid review this week that the prosecuting body deliberately keeps pages of prosecution evidence down by shrinking the font – which would affect how much legal aid practitioners are paid.

Pages of prosecution evidence are one of multiple factors under the litigators graduated fee scheme (LGFS) that determine solicitors’ fees.

Sir Christopher Bellamy QC, who led the independent criminal legal aid review, appeared before the House of Commons justice select committee on Tuesday, where he was asked about fee scheme reforms. 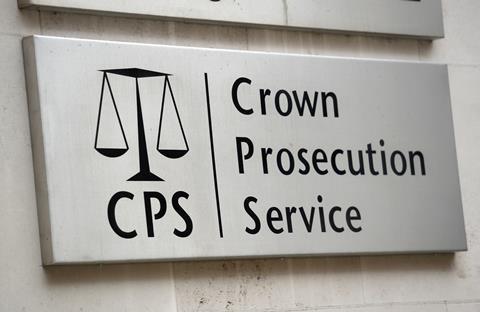 CPS spokesperson said: ‘We are not responsible for the formatting of these pages’

Bellamy told the committee that LGFS had ‘grown into a monster, where page count has become divorced from actual work’, resulting in a system where some cases are not paid and other cases are paid too much.

As a compromise, he suggested the basic model underpinning the magistrates court scheme - which has three levels of fees depending on the complexity of the case - could be used at the police station and replace LGFS.

Bellamy said: ‘Solicitors should therefore be paid for the preparation work they do properly and we should get away from this somewhat medieval practice of counting the pages insofar as they are pages. Senior officials at the CPS were telling me the other day they actually deliberately shrink the font of the pages served in order to reduce the page count. It’s very difficult to imagine a criminal justice system reduced to that sort of manoeuvre.’

Criminal practitioners were furious. ‘What we have long suspected, and this is the tip of the iceberg,’ former London Criminal Courts Solicitors Association president Mark Troman said on Twitter.

A CPS spokesperson said: ‘We are not responsible for the formatting of these pages.’