The Crown Prosecution Service has announced a package of revised fees which it believes addresses concerns over unused material and trials involving multiple defendants. Even though the scheme marks the first time that prosecution counsel will be paid to examine unused material, the Criminal Bar Association says the changes 'do not go far enough'.

A prosecution graduated fee scheme known as GFS Scheme E will come into force for all cases sent to the Crown Court on or after 1 February 2020.

A range of brief and refresher fees will be increased, particularly focusing on junior advocates. A £50 fixed fee will be paid for preparing and drafting each bad character or hearsay application. Time spent considering unused material will be paid on a 'time spent' basis billable in a separate log. Defendant uplift provisions will be increased from 5% per additional defendant to 15% for junior alone, 10% for leading and led junior, and 10% for QC.

CPS chief executive Rebecca Lawrence said: 'Prosecution advocates from the self-employed bar play an essential role in our criminal justice system, and make a vital contribution to the work of the CPS. We undertook this detailed review to develop a fees scheme for the future, which is fair and affordable. 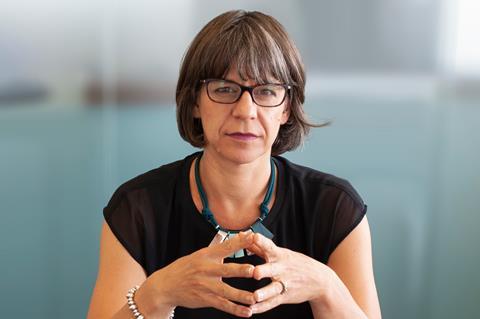 'I am grateful for the constructive approach taken by a great many members of the criminal bar, which has been invaluable. Their candid and robust engagement means we have been able to make comprehensive reforms based on a deep understanding of what is involved in a modern prosecution case.'

Not all issues identified by the bar could be reviewed due to, for instance, insufficient 'robust' evidence, Lawrence said. 'It is well understood that the lack of regular reviews over recent years has caused a backlog of issues to build-up causing concern and anxiety amongst practitioners. I hope the improvements I am announcing in this letter today will go some way to alleviating those concerns,' she added.

Attorney general Geoffrey Cox, who oversees the CPS, pointed out that the revised fees follow increased government funding to the CPS. He said: 'The new scheme is the result of foresight from the CPS and bar, and their hard work has resulted in a better offer to prosecution barristers who are a vital component of our justice system.'

Caroline Goodwin QC, chair of the CBA, said the second phase did not achieve everything the association hoped for and the changes do not go far enough. 'We are now commencing a comprehensive review to enable us to build the case for further funding in the 2020 Spending Review, against the backdrop that it is understood more vital investment is required,' she said.

The Ministry of Justice is currently reviewing criminal legal aid fees, fast-tracking work on unused material, cracked trials and paper-heavy cases to ensure the review finishes on time - next summer.