Candidates logging into their SQE accounts to receive their results were able to see data about other candidates - however, the exam provider for the Solicitors Regulation Authority insists no reportable breach occurred.

Nearly all of the 1,090 candidates who took the first ever exam under the new route to qualifying as a solicitor were able to access their results last Thursday. Exam provider Kaplan said issues for eight candidates were resolved early Friday.

Subsequently, the Solicitors Regulation Authority announced that 53% of candidates passed SQE1, the first of the two sets of assessments under the new qualification route.

In the comments section under the Gazette's article, a reader said they were told the results would be published by 3pm. ‘They published them at half 4 and the system crashed, so they obviously didn’t plan for so many people accessing at once. Before it crashed, some people got in and were able to view other candidates’ results. The issue wasn’t fixed until 9.30pm, which given we’d all spent at least £3k caused a fair bit of anxiety,’ the reader said. 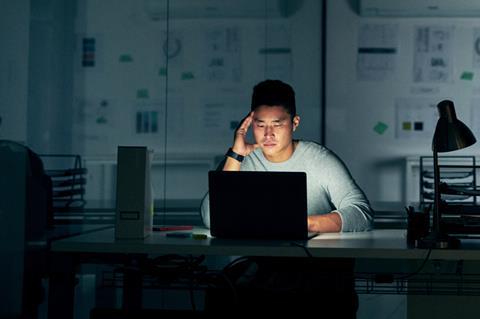 Candidates logging in were able to see data about other candidates

Kaplan told the Gazette that candidates who sat the exam are sent an email advising them that their results are available in their account, which they set up as part of the registration process. The account contains the results page, which provides a breakdown of their results, including their quintile position relevant to others in the exam.

Asked when the system crashed, Kaplan said it reopened the portal by 9.40pm to allow candidates to access their results. The results of eight candidates ‘required further investigation/resolution’ and were available on Friday morning.

Pressed further on this, Kaplan said: ‘Yes, several candidates saw a name and exam ID number of another candidate, but this was on pages outside of the secure log-in part of the platform, and therefore no other information was seen.’

Asked if any of the issues were reported to the Information Commissioner’s Office, Kaplan said: ‘We were made aware by a small number of candidates of inconsistencies in non-exam information displayed on the website. We have investigated to ensure that no sensitive information was released in error. We have determined there was no reportable data breach but the SRA has notified their relationship manager at the ICO as part of their standard process.’