First4Lawyers to open law firm and keep RTA enquiries for itself

Marketing collective First4Lawyers has announced plans to start its own law firm to handle RTA claims ahead of the government’s overhaul of the sector.

The move means the company will stop passing on RTA cases for its panel members, although it will continue to do this for other types of personal injury claim.

First4Lawyers currently receives around 10,000 enquiries for RTA claims a year which will now be kept in-house and dealt with by subsidiary firm First4InjuryClaims, once the ABS application has been approved by the SRA.

The new firm will join the likes of Slater and Gordon and Simpson Millar in competing for lower-value RTA work once the whiplash reforms come into force in May. Margins will be much smaller for such claims as damages tariffs will be set much lower than current compensation levels, so it is expected only a select few firms operating on a large scale will be involved in this market. 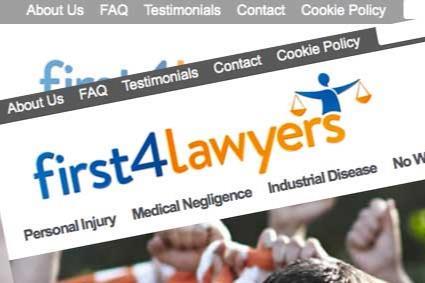 Marketing collective will retain panel for other PI claims

Qamar Anwar, First4Lawyers’ managing director, said: ‘Some of our member firms have told us they are leaving RTA altogether, while others may offer a limited service, assisting claimants through the portal for a small fixed fee, but without offering advice and guidance. A number have still to decide.

‘But one thing we know for sure is that post-reform RTA work will offer limited revenue opportunities and very small margins. We have never wanted to set up a law firm, but First4InjuryClaims has been born out of necessity. It ensures we are in the best possible position to utilise the First4Lawyers brand for the benefit of our panel firms, who remain at the heart of our business strategy.’

First4Lawyers has pledged to its member firms that First4InjuryClaims will not handle any other type of injury claim, although in time it could look at similar, fully digitally-enabled, high-volume, low-margin work in non-injury areas of legal practice. It will handle RTAs that fall outside the new portal too because of the difficulty of picking out many higher-value claims at an early stage.

The new firm is expected to have around 12 staff at its Huddersfield head office and rely heavily on automation for handling claims.