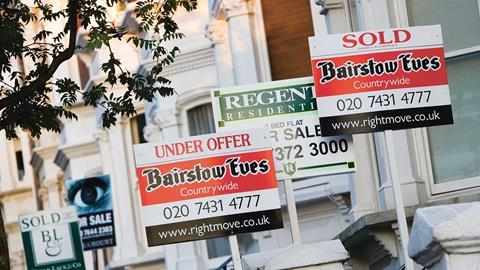 The government is likely to push sellers to provide more up front information about their property before it goes on the market to make the homebuying process quicker, cheaper and less stressful.

The Ministry of Housing, Communities & Local Government, which has pledged to fix what it considers to be a 'broken' housing market, confirmed its intentions at a conference yesterday. A panel discussion entitled 'Can you really digitise the homebuying process?' featured at trade association UK Finance's Annual Mortgage Conference, held at Eversheds Sutherland's London office.

The ministry's Matt Prior said that with leasehold properties, for instance, it is not 'unreasonable' to tell prospective buyers how many years are left on a lease and what the service charge is. It is 'ridiculous' that such information is not provided up front, he said.

Prior said up front information allows people to make more informed decisions: 'My neighbour moved recently. They've got a brilliant stream in the garden. I thought "if it rains, will it flood the garden?" But they're happy with it. If you know that up front you can make that decision. If it takes weeks for your conveyancer to discover that and you decide you don't fancy the property being flooded, you will potentially pull out at a later stage.'

The homebuying process currently takes 19 weeks on average, which Prior considers 'a hell of a long time to wait'. The cost of failed transactions adds up to £270m a year.

Prior said: 'You've got a process where people are kind of misled. They don't understand how long it's going to take. People move somewhere between one and two times after they make their first home move. It's a process consumers are pretty unfamiliar with... It should not take 19 weeks to buy a house. It should be possible to get a lot of data about the property up front.'

Asked how long he would like the process to take, Prior pointed out that the process depends on many factors, such as how many properties are in the chain and the kind of property. He said: 'I don't mind if the process lasts 19 weeks as long as people know it lasts 19 weeks, where you understand what's going on in those 19 weeks. It's where you've got whole periods where nothing seems to happen or you get no information.'

Earlier this year the government published its response to a call for evidence on improving homebuying and selling. The ministry asked whether it should be encouraging the development of e-conveyancing. Although consultation respondents said 'yes', Prior said many were concerned about fraud: 'It's a real consumer barrier. There's an assumption that giving people a lot of access to information makes them feel less safe.'

Prior said technology should add value to the process, 'not completely cut out humans - the experts'.

Advocating a property logbook, which the Law Society and Conveyancing Association have called for, Prior pointed out that when someone is buying a property, 'you go through the conveyancing process, you buy the house, you receive a perfect pack of information that describes the property at that moment - and you throw that away. We think that's quite wasteful. Some of [the information] does not change'.

Highlighting the pressure on the 4,500 conveyancers in the market, Prior told the conference: 'I've often said, if conveyancers were running a restaurant, they would spend more time gathering the ingredients than preparing the meal. It's an information-driven business. There are a million different parties to interact with, doing all the things the client wants, worrying about what the other side is doing.'