Grieve (pictured) was speaking at the Treasury Solicitor’s Department in London to advisers from BPP law school, the University of Law and 35 universities about the benefits of a career in central government.

By its own admission, pay levels for GLS lawyers may not be as high as those on offer in City firms, but Grieve was keen to emphasise other benefits.

‘The work of the GLS is as varied as the role of government itself; from protecting national security to creating a balanced labour market, to prosecuting those who flout the law,’ he said.

‘That’s why I wanted to give my support to the GLS and try to encourage the brightest and best graduates from around the country into a law career in government. You never know, your first job could be advising me.’ 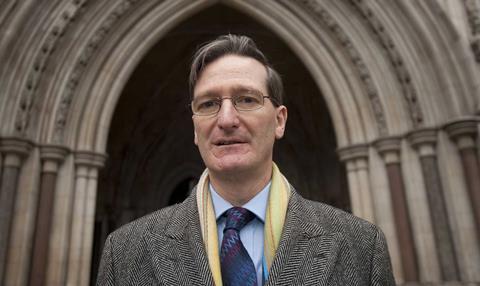 The promotional event was the first of its kind aimed at encouraging the best talent.

Sir Paul Jenkins, head of the GLS, stressed that students who chose the service would find it an interesting and varied environment.

‘A legal career in the GLS is unlike any other,’ he said. ‘Our lawyers work on high-profile projects that shape the future of the nation. They create legislation that affects millions of people and litigate in the highest courts of the land.’

According to the GLS website, more than 2,000 lawyers are employed in the service, with around one-fifth of the qualified lawyer population (below the most senior levels of the GLS) working on a formal part-time or job-share basis.

Some 10% of the GLS population, full- and part-time workers, work from home on a regular basis as part of a formal working arrangement.