The chair of the Criminal Bar Association has said the plight of practitioners already working 'flexible’ hours could be exacerbated by a government pilot to keep courts open until late.

In his weekly update, posted, Francis FitzGibbon QC said many advocates are already plagued by the 'ungoverned’ practice of ‘flexible operating hours’.

FitzGibbon said: 'At a meeting of the Bar Council on Saturday, people spoke of: a magistrates court that sat till 9pm before giving a decision; a Crown court that repeatedly listed a case at 7.15am; the tendency of judges to sit beyond 1pm but restart before 2pm, while video link conferences are arranged during the lunch break; listings at 9.15pm and not before 3.45pm. 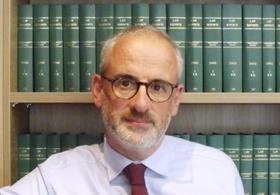 'Extreme examples, or a pattern of disregard for the people who attend court because they have to, as judges, advocates, staff or participants in cases?'

Last week the Law Society warned that criminal defence practitioners will be victims of a 'postcode' lottery on whether they will be made to work longer days for no additional pay.

FitzGibbon said today: 'We believe that unreasonable hours and conditions for all those who work in the criminal courts do not serve the public interest.'

'How reliable is a verdict reached at 9pm? Do tired and demoralised advocates give a better service than fresh and well-motivated ones?'

'Should we tolerate people quitting the profession because they cannot combine their care responsibilities with the tyranny of court hours and the inadequate pay they get?'

‘These are hardly revolutionary things to ask for,’ he concluded.