The latest director of public prosecutions decided on the first day of his new job that he did not need a legal adviser, a role introduced by Keir Starmer during his tenure as Crown Prosecution Service chief, it has emerged. 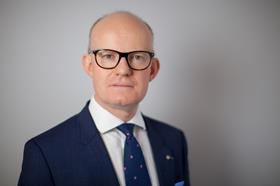 Max Hill QC told the House of Commons justice select committee today that there were 'good reasons' why Starmer and his successor, Alison Saunders, asked for a small, bespoke team to sit within the private office to offer the DPP legal advice. However, Hill said he decided on the first day in office to 'abolish the role and rank'.

The committee was told that lawyers working within the Director's Legal Adviser group should report to the CPS's legal services directors. Describing it as a 'significant' structural change, Hill said: 'It does not seem to me that my role as DPP is to take casework decisions. My role is to support decisions taken by our very experienced prosecutors.'

Hill said there were some aspects of casework where he required by parliament to provide personal consent, such as prosecutions brought under the Bribery Act 2010, which he is happy to do. 'But across the run of criminal casework, we should be placing our trust in our experienced prosecutors - both our regional area officers and in our specialist casework divisions'.

Asked about disclosure, Hill told the committee that, at the end of every case, prosecutors are being asked to 'tell us with more specificity' what has happened if a case has come to an end, 'judge-decided or otherwise'. Hill suspects this requirement will lead to a greater number of concluded cases in which disclosure has been a feature.

Hill was also asked about what he thought of the CPS's funding package. He told MPs that the CPS has endured cuts since 2010 that has led to a 30% staff reduction.

He said: 'It is remarkable and a measure of success, that is not celebrated often enough, that the conviction rate was 85.1% in 2013 at an early stage of the cuts, and 84.1% in 2017-18. What that's telling us is the CPS has maintained efficiency and effectiveness despite being required to deliver very substantial cuts. Can we take any more? Absolutely not. If we are to retain our efficiency and outcomes we cannot contemplate any further cuts to resources.'