The ombudsman responsible for investigating complaints about the judicial appointments process was asked to investigate whether the system is biased against solicitors, its latest annual report reveals.

The complaint was one of six cases involving the Judicial Appointments Commission that the Judicial Appointments & Conduct Ombudsman considered in the 2017-18 financial year. The ombudsman's report, published this week, also states that concerns were raised that a candidate had been disadvantaged by an IT failure, resulting in an online test having to be emailed to groups of applicants at allocated times.

According to latest judicial appointments data, solicitors accounted for 21% of recommendations in legal exercises carried out between April 2017 and March 2018, compared with 59% who are currently barristers. Meanwhile solicitors who battled through technical difficulties in the first round of becoming a recorder last year experienced further problems competing in the second stage of the recruitment process.

The report states that the six complaints were not upheld. 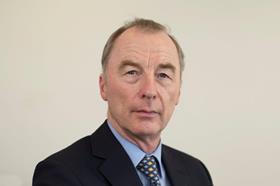 Ombudsman Paul Kernaghan said 2017-18 was a busy year for his office, which received more than 2,000 pieces of correspondence and considered 935 enquiries and complaints, a 'slight increase' on the previous year.

Kernaghan said he was concerned that the length of time taken to conduct investigations has increased. The number of cases referred for 'detailed and time consuming further investigations' which appeared to be particularly complex had risen. The time taken to obtain responses to draft reports in respect of judicial conduct matters referred to the lord chancellor and lord chief justice has also increased.

Kernaghan said: 'This has created additional work for my office in both chasing responses and sending updates to complainants which do little more than repeat what was previously said. I also appreciate that this is hugely frustrating for complainants and it is not unusual for my staff to receive correspondence comparing the time taken at this stage of the process with the statutory deadlines for complainants and suggesting that the time taken casts doubt on the credibility of my investigations; I can understand these observations.

'I hope that steps can be taken to ensure timely responses in respect of my draft reports, a task which undoubtedly makes up a very small proportion of the workload faced by the lord chancellor and lord chief justice, but which has significant implications for some complainants and their perception of my role in respect of matters intended to uphold public confidence in the justice system.'

Highlighting the eight-strong team's contribution the Ministry of Justice's plans to reduce its Whitehall footprint, the ombudsman moved three times during 2017-18 within the ministry's London headquarters.