The agency announced yesterday it has been 'necessary' to revise this month's planned start date for the tender for new civil legal advice and civil face-to-face legal aid contracts, due to the prime minister's decision to hold a general election on 8 June.

Further information on timescales will be provided 'as soon as possible', the agency said.

The Law Society said the postponement is to be expected as the civil service enters the pre-election period.

Cabinet Office guidance on the general election states that ministers should observe discretion in initiating any action of a 'continuing or long-term character'. Decisions on matters of policy, and other issues such as large and/or commercial contracts should also be postponed provided any postponements are not detrimental to the public interest or do not waste public money.

However, a spokesperson for the Society said: 'While the delay is understandable, we are acutely aware that our members would like to get through this process promptly in order to give them certainty.

'A delay on the announcement until after the general election will obviously add to their anxiety, but we will continue to support firms and to hold the [agency] to account in terms of its obligations in relation to the contract process.'

Yesterday's announcement marks the second time the agency has revised the procurement start date since setting out its approach for the new contracts in January. 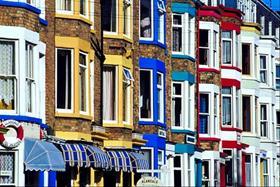 The tender process was originally due to open in April. However, this was postponed until the following month due to changes in how the process would be run.

Chancery Lane has already warned that the agency's decision to introduce price competition for legal aid housing duty contracts could result in a 'race to the bottom'.

The new contracts are due to begin in April 2018.