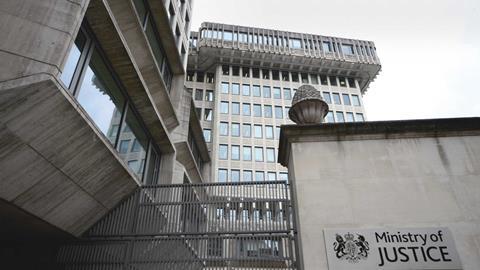 The Ministry of Justice has paused plans to bring court-assessed civil legal aid bills in-house following objections from everyone who responded to its consultation.

At present, legal aid practitioners can choose to have certain costs bills between £2,500 and £25,000 assessed by the courts or the Legal Aid Agency. Following consultation, which was prompted by a Law Society challenge, the MoJ has decided to retain the hybrid system until November 2022, when it will consult on a longer-term position.

All nine respondents to the consultation raised concerns about impartiality given the LAA is the ‘paying party’. Some were concerned that LAA caseworkers may not have the expertise of experience to assess large amounts, previously assessed by skilled costs judges.

Impartiality concerns were also raised about the appeal process. A suggested solution was to create an independent panel, comprising costs judges, costs specialists and senior practitioners, to assess claims and appeals.

While the current system continues for another year, the LAA will collect data by reference to available metrics on payment times, appeal volumes, claims volumes, processing performance and reject volumes.

The government stressed that continuing the hybrid system ‘does not mean that any or all such concerns are accepted as well-founded’.

On impartiality, the government said ‘the LAA process is impartial and free from bias’.

The government also believes the appeals process is impartial. ‘The Independent Costs Assessors [ICAs] are members of the legal profession or members of the Association of Cost Lawyers who have in-depth experience in the detail of court-assessed claims. There is a fair and transparent recruitment to appoint an ICA; and all appointments are advertised to the public. We continually welcome feedback on the recruitment process.

‘The ICAs are remunerated for the time which they spend working on appeals. Work is allocated between ICAs by reference to their availability. The government does not regard anything within that as leaving ICAs open to allegations of bias or apparent bias.’

Commenting on today's response, Richard Miller, the Law Society's head of justice, said: 'We’ve gone to great lengths to ensure solicitors’ civil legal aid bills are assessed fairly, and that any changes to how this happens is properly consulted on, so we’re extremely pleased the Ministry of Justice has decided to continue to offer practitioners a choice between Court and Legal Aid Agency assessments, which was supported by 85% of our members who responded to our survey earlier in the year.

'The vast majority of legal aid practitioners we surveyed were opposed to the transfer of the assessment of higher value claims from the courts to the LAA and, overwhelmingly, 73% prefer court assessments for larger legal aid bills. There were widespread concerns that mandatory LAA assessments of larger bills could adversely affect the impartiality and transparency of bill assessments, although some providers chose LAA assessments mainly for being quicker.

'The MoJ’s proposal that current arrangements giving a choice of assessor will continue at least until November 2022 during which time further data will be gathered and evaluated to assess whether the arrangements are sustainable is reasonable. The commitment to no further changes without consultation with the profession is equally welcome.'