In the week that HM Courts & Tribunals Service proudly boasted that it was rolling out 'more reliable' Wi-Fi across its criminal courts, the IT system that enables practitioners to send emails securely has been struck by a 'major service degradation' which will take up to two weeks to fix. 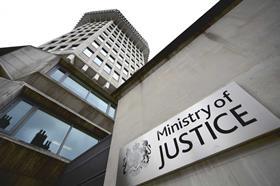 The Criminal Justice Secure Email (CJSM) is described as 'an important part of the process of joining up to the justice system in England and Wales and beyond. It allows people working in the justice system, including public, private and voluntary organisations, to send emails containing information up to an equivalent of "OFFICIAL", including "OFFICIAL SENSITIVE", in a secure way.'

However, this morning practitioners received an email from the CJSM team that it is aware of and resolving 'a major service degradation'.

The CJSM team says in their message that engineers have identified a 'two-step resolution'. The first step is to restore access to the service to enable practitioners to send and receive secure emails as soon as possible. It was due to be completed by 6am today.

The second step is to synchronise practitioners' mailboxes, which will require temporarily emptying them. 'We estimate the restoration process to take up to 2 weeks, however we will provide you updates as this progresses over the next few days. Again, we apologise for the inconvenience caused and are working to resolve this with the highest priority.'

Adam Tear, chair of the Solicitors Association of Higher Court Advocates, said CJSM does not only affect the criminal system: 'For instance, today any advocates working on government service are expected to maintain a CJSM email in order to obtain instructions via a secure medium. However those of us appearing this morning have struggled, and only with assistance of civil servants have been able to get to hearings with appropriate sets of papers.'

IT glitches appear to have hit court IT systems. Yesterday a legal aid practitioner tweeted:

Well @CEOofHMCTS, the court service has excelled itself today. A member of each criminal firm in the city must attend court 1 at Nottingham Crown Court tonight at 5pm to be given a paper copy of the court list for tomorrow due to the ongoing IT failures.

The Legal Aid Agency has also emailed practitioners to say it is experiencing 'intermittent issues' with its internal web-based applications. Crime providers are told that if they submitted a 'summary only' or magistrates' court 'either way' CRM14 application this week and have not received a confirmed response, 'you should take this email as confirmation of its approval'. The agency says it will process the applications as soon as possible and communicate the outcome in the normal way. However, 'if it subsequently transpires that your client was not eligible, we will withdraw the representation order from the date we processed the application but you will be covered up to this point'.

The agency's email states that its customer service helplines will not be available and provides an email address for urgent queries.

Richard Miller, the Society's head of justice, said the intermittent problems the Legal Aid Agency is experiencing 'demonstrates the need for effective contingency arrangements to mitigate operational disruption. It is also essential that any costs firms incur as a consequence of the disruption are fully compensated'.

Jon Black, president of the London Criminal Courts Solicitors' Association, said the LAA glitches will cause 'adminsitrative headaches' for firms and uncertainty for clients 'who believe they have legal aid only to be told it has been withdrawn'.

Bill Waddington, chair of the Criminal Law Solicitors' Association, said the IT 'chaos' caused by the latest problems 'is yet further evidence (as if more were needed) that the criminal justice system is broken and don’t forget, this is all part of a £1bn investment to improve the system'.

A Ministry of Justice spokesperson said this afternoon: 'We are working closely with our suppliers to resolve problems that have been affecting a number of our IT systems, and those of our agencies and arms-length bodies, over the last couple of days. The systems affected are now improving. Contingency plans are in place and we have been providing advice to staff and external service users. We apologise to those who have been inconvenienced because of the disruption.'

Around 24,000 regular CJSM users have been affected over the last 36 hours (the ministry says there are 75,000 mailboxes, 24,000 are active). However, they are now able to send and receive emails again. The 'overwhelming' majority (550,000) were unaffected. The ministry will be restoring the email history of those affected over the next few days.