A Manchester boutique is hoping more firms will follow its lead and pledge £12,500 for three years to safeguard the future of a pioneering substance-abuse problem-solving court scheme to show government ministers that the legal profession is willing to put is money where its mouth is.

Hall Brown, which specialises in family law, has emailed 49 private family law firms asking them to help save a national unit that supports family drug and alcohol courts from closure. The FDAC National Unit, which was set up three years ago and costs £250,000 a year to run, will close in September due to a lack of government support.

Hall Brown founding partner James Brown told a meeting convened by the Earl of Listowel (Francis Michael Hare) in the House of Lords today that one firm has offered to make the same financial commitment. 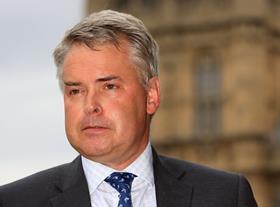 Conservative MP Tim Loughton, a former shadow minister for children, praised the firms' 'generous offers'. He added: 'I think if we can get a few more firms on board, we can go back to the Department for Education and the Ministry of Justice and say "why not match the funding at the very least". The legal profession is prepared to put its money where its mouth is.'

Phil Bowen, director of the Centre for Justice Innovation, a justice reform charity, told the meeting that he is looking at whether bringing some of the national unit's functions into the centre is a viable option.

Family drug and alcohol courts aim to tackle parental substance misuse when it is behind local authority decisions to bring care proceedings. They were pioneered in London by district judge Nicholas Crichton in 2008. There are now 10 specialist teams working in 15 courts covering 23 local authorities.

Crichton told the meeting, which was attended by Lord Woolf, a former lord chief justice, that FDACs 'are not a soft option. We work these people extraordinarily hard. We tell them at the beginning we cannot do it for them - they have to find the strength within them to turn their lives around'.