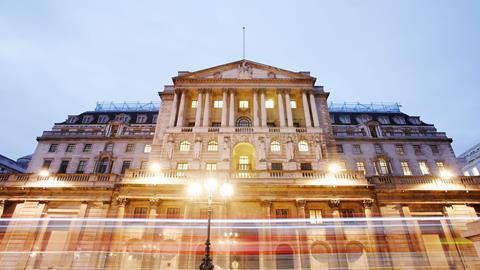 Conveyancers have warned that fees will come under pressure to increase in the event of negative interest rates, after the Bank of England cut rates to a record low of 0.25% earlier this month.

RBS-owned NatWest is among the banks that have paved the way for negative rates, warning business customers that it might have to charge to accept deposits.

Speculating about the potential impact of rates going negative, Beth Rudolf, director of delivery at the Conveyancing Association, stressed that a cut does not affect conveyancers' interests in relation to client account.

'Long gone are the days when law firms saw significant benefit from client account interest,' she said. 'These days the Solicitors Regulation Authority has strict rules on ensuring that any interest earned is returned to the client unless they have provided express consent to the law firm retaining the interest.'

However, Rudolf added: 'Of more concern is the potential for additional bank charges on deposits if the Bank of England announces a negative interest rate. Inevitably, law firms will have to pass the cost on to their clients, as there simply is not enough margin in conveyancing fees to swallow the additional cost.'

In the past, Rudolf said, law firms would routinely keep interest unless the client had sufficient money on deposit with them to warrant a designated deposit account. 'I have seen some cases at the end of the 1980s recession where this would be the difference between a law firm making an annual loss or profit.

'Over the years this has been eroded through regulation, for example implementing a de minimis amount under which it could be kept and then requiring the client consent.'

She added: 'Some banks charge routine fees anyway but these were relatively low – £15 per month for the whole account, for example. But there have been comments in the press that banks will charge fees to hold money if rates go negative.'