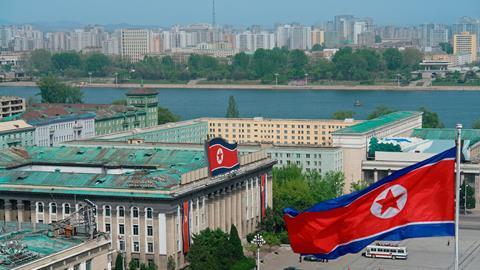 North Korea’s first and only foreign law firm has reportedly suspended operations in the country.

Reuters reported this morning that British-French citizen Michael Hay, the principal of Hay, Kalb & Associates, has decided to cease practising.

In a statement, Hay said the decision was based on ‘business and geopolitical principles’.

This decision has been taken only after ‘lengthy and thorough deliberation and an examination of the continuing deterioration of inter-regional relations pertaining to the Korean peninsula’, added the statement.

The firm is a multidisciplinary legal practice, business consultancy and accounting firm set up to help foreign companies and non-governmental organisations to do business in North Korea, officially known as the Democratic People’s Republic of Korea.

The firm claims to be the only one in the country offering this service.

Located in the capital Pyongyang (pictured), it has around a dozen lawyers supported by paralegals and office staff, as well as counsel based in a North Korea law school.

Reuters says the suspension of trading took effect from midnight, but will officially come into force on 14 August, the firm’s 12-year anniversary.

The country has been subject to international sanctions since a nuclear test in January and a long-range rocket launch a month later.

Hay is quoted as saying: ‘Sanctions are hurting legitimate foreign investors. There is still no credible, consistent evidence I see of DPRK companies hurting.’

Hay worked for ten years at South Korean law firm Bae, Kim & Lee, but left in 2001 to set up a business consultancy in North Korea.

He was granted a special licence by the government in North Korea to set up his firm in 2004, saying the potential returns were ‘enormous’.

International law groups have made efforts in recent years to engage more with lawyers in North Korea, and its two official bar associations, but its human rights abuses and criminal justice system flaws have been condemned.