Motor insurers suffered combined losses of £3.5bn last year after former lord chancellor Liz Truss changed the rate which calculates deductions from compensation payments to injured people. Companies affected have so far disclosed some £2.4bn of the hit,  according to a report from EY. The consultancy also forecasts another surge in motor premiums that had already reached record highs in 2016.

Explaining the unexpectedly sharp cut to the so-called Ogden rate, from 2.5% to -0.75%, Truss said she was obliged to make the change by law. But insurers were outraged, pressuring the government for a u-turn and successfully lobbying for a review of how the rate is set. 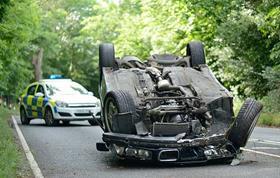 EY stresses that although the change happened on 27 February, most insurers reflected the impact on outstanding claims in their 2016 figures. The consultancy estimates the overall costs to insurers and reinsurers to be some £3.5bn. Premiums are predicted to rise by a further 9% in 2017 to offset the change and the rise in insurance premium tax to 12%. That would add a further £28 to the average comprehensive policy.

Tony Sault, UK general insurance market lead at EY, commented: ’The impact of the Ogden rate change to the motor insurance industry has been considerable at around £3.5bn. While a reduction was certainly on the cards, virtually no-one anticipated the extent of the drop.’

’The general election result last week may have created additional uncertainty and insurers will be hoping that the Ogden consultation and reform of whiplash claims will remain priorities for the new lord chancellor and the government.’

He added: ’A fundamental review of Ogden and the government’s proposed whiplash reforms are increasingly urgent for consumers and must not be abandoned in the aftermath of the general election.’