Online dispute resolution will not become the norm unless it is compulsory, the author of an international study of legal technology published by the super regulator said this week. Alison Hook, of consultancy Hook Tangaza, said that international experience shows that the most successful online courts, such as British Columbia's Civil Resolution Tribunal, are those that mandate participation. 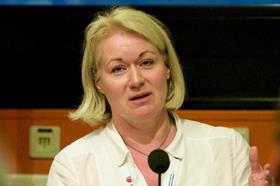 Hook: 'Doing nothing is taking a position'

'That's where you start to see real impact and real success,' Hook told a round table on regulation and lawtech organised by the Legal Services Consumer Panel yesterday.

Hook is the author of the first of a series of papers published by the Legal Services Board as it seeks to mark its territory amid the surge of international interest in 'lawtech'. The LSB says it will create 'a new resource of information and advice for legal services regulators to use as they develop their respective approaches to technology regulation'.

Hook's paper, The Use and Regulation of Technology in the Legal Sector beyond England and Wales, says that making online participation compulsory is a good example of regulatory intervention having a positive impact. 'If ODR is not mandatory its use can be undermined by one party who refuses to co-operate,' Hook said. An example of an online court that failed to take off was the Netherlands' Rechtwijzer, which was shut down after three years.

Overall, the paper, which is not endorsed by the LSB, proposes an interventionist approach by regulators. It suggests that regulators should adopt a non-neutral position along the lines of that adopted in the financial services sector, where regulators have taken 'positive steps to encourage disruptors'.

The report suggests that the LSB could follow the lead set by the US Conference of Chief Justices and set out an ambitious goal for the deployment of technology to solve the problem of unmet legal needs and open access to justice.

Non-intervention in the take-up of new technology itself carries risks, Hook said. ‘Doing nothing is taking a position of where the markets are going to go.’

Forthcoming LSB papers will cover topics such as blockchain and the impact of technology on legal education, the regulator said. It has also produced a series of podcasts, 'Talking Tech', which is available on iTunes, Spotify and Amazon’s Alexa.