National Accident Helpline wrote off around £1.2m closing one of its law firm partnerships at the end of last year, annual results have revealed.

The listed NAHL group as a whole saw profit before tax, for the year ending 31 December 2019, plummet from £9.8m to £2.2m as the company cited the effect of ‘exceptional costs’ in personal injury. It was also affected by an impairment charge of £5.3m in respect of its residential property division.

The falling profits came despite the group increasing revenue by 4.8% to £51.3m for the year.

NAHL announced on Christmas Eve that its joint venture National Law Partners, opened with Bristol-based firm Lyons Davidson, was due to shut. As a result of the closure, the group will receive £5m over three years for historic panel enquiries while registering the £1.2m one-off provision. This settlement ‘avoided a protracted dispute and the prospect of complex and time-consuming litigation between the parties’.

NAHL has mostly been known for its work assigning personal injury claims to a list of panel firms. That line of business continues, but the company now includes its own PI firms Your Law, Law Together and National Accident Law, as well as critical care and residential property divisions.

Overall, the group said it had fallen short of the financial targets despite good performances from some of its businesses, while net debt has risen from £15.5m in 2018 to £21m by the end of last year.

Chief executive Russell Atkinson said: ‘2019 was a challenging year for the group, exacerbated by a competitive and volatile market back drop affecting our residential property and personal injury businesses. 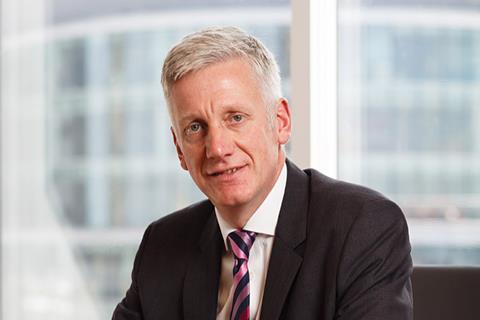 ‘Despite this, our critical care division again enjoyed another strong year and we continued to make progress in implementing the necessary strategic changes to better position our business for long-term growth.’

Results in the residential property division had ‘disappointed’, the group said, as revenues fell from £6.4m to £6m and a £700,000 profit turned into a £300,000 loss. In light of the weaknesses in the housing market, exacerbated by the impact of Covid-19, the directors have decided to book an impairment provision against the goodwill and other intangible assets relating to this division.

The group is now conducting a small-scale test on processing its own residential property work in conjunction with a partner. Unlike personal injury claims, conveyancing instructions would not require any significant capital investment but should enable NAHL to provide a better end-to-end service.

In personal injury, the group said its core strategy has been driven by the structural changes in the market, but delays and uncertainties surrounding the timing of reforms have been challenging. The overall casebook increased by 46% as joint ventures became established, and the group is confident it has created a business that will be a ‘leading processor of personal injury claims in the post-reform world’.

NAHL shares recovered today, rising by almost 8% to 41p. This was an improvement on recent weeks but still well down on the 100p value at the turn of the year.