A barrister who was suspended for seven months after repeating false allegations of rape against another barrister has had his suspension reduced after appealing against the finding at the High Court. 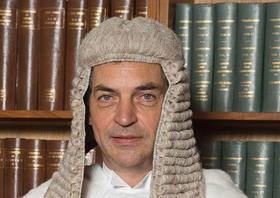 Forz Khan’s suspension was reduced to three months after Mr Justice Warby found the original suspension was ‘manifestly excessive’. However, a finding of Khan’s guilt was upheld despite the fact he claimed he should not be liable for professional misconduct.

Khan was suspended in March this year following a decision by the Bar Tribunal and Adjudication Service (BTAS).

He was found, on two occasions, to have spoken to another barrister 'words that suggested to those who were present and heard him’ that a fellow barrister, named in the judgment, had stalked and then raped a female lawyer and, when she complained of this, caused serious threats to her life to be made to cover up what had taken place.

The allegations were made in the robing rooms of two courts based in the Midlands.

On appeal, Khan said he had been subjected to 'severe sanction’ for behaviour that was merely ‘robing room gossip’ or ‘barrister tittle-tattle’.

Accepting Khan’s notion that the suspension was not justified, Warby wrote: ‘The suspension was merited but tribunal approach flawed in four or more ways leading to a suspension which was too long.’ He added that an appropriate suspension would not have stretched to more than five months and that, taking account of Khan’s early admissions of guilt, a suspension of three months was warranted.

Warby said the tribunal imposed a sanction beyond what the facts of the case merited and failed to show evidence that it considered the financial impact of the sentence on Khan.

Rejecting Khan’s claim that he should not have been found guilty of professional misconduct, the court added: ’The tribunal applied the test of seriousness in reaching its conclusions, and that the appellant’s behaviour comfortably met the necessary standard.’

Khan was called to the bar in 1988 by Middle Temple.