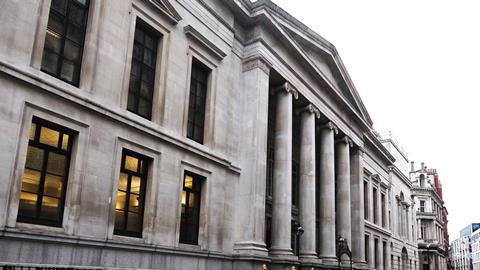 The Law Society has welcomed the first global trade deal covering the services sector to be agreed in nearly a quarter of a century. The World Trade Organisation’s Joint Initiative on Services Domestic Regulation, agreed by 67 WTO members, including the UK and US, aims to create a 'more transparent operating environment for service providers hoping to do business in foreign markets'.

It commits parties to common standards for their domestic licensing and qualification procedures, including in the legal profession.

Law Society president I. Stephanie Boyce said: ’This approval of rules on domestic regulation… sends a strong signal about the continuous relevance and importance of multilateral rules for services providers in an increasingly globalised world. We believe this deal will underpin common principles for enacting laws on the provision of services, which will help create more transparency.

'For the legal sector, that will mean greater predictability and information about the applicable regulatory requirements in different jurisdictions. This, in turn, will help reduce the compliance costs and uncertainty for many services providers.'

WTO director-general Ngozi Okonjo-Iweala noted that the deal is the first set of rules on services in 24 years. 'It will save businesses, especially small businesses, $150 billion annually in costs, according to WTO and OECD research,' she said. 'This agreement also breaks new ground in that, for the first time in the WTO’s history, members will commit to ensuring non-discrimination between men and women in their services regulations.'

Talks on a more ambitious attempt at a multilateral services pact, the Trade In Services Agreement, petered out in 2016 following leaks of parties' negotiating positions.