A solicitor has offered to help a resident take on a council in court for free in a case highlighting the inequality of arms in terms of legal representation for leasehold disputes.

Southwark Council is appealing a decision by the First Tier Tribunal, which ruled in favour of leaseholder Michelle Baharier in relation to a £24,000 dispute over a new communal boiler and heating system. Baharier, who was a litigant in person, successfully argued that the system was an enhancement - not a repair - to what existed, so it was not payable under the lease. According to the Leasehold Knowledge Partnership, the secretariat of the all-party parliamentary group on leasehold and commonhold reform, the council has hired a QC to fight the case in the Upper Tribunal. 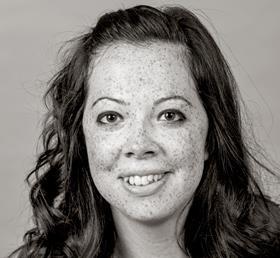 Solicitor Mari Knowles, of Commonhold and Leasehold Experts in Brighton, has stepped in to help Baharier pro bono. Knowles told the Gazette that Baharier was referred to her via the Leasehold Knowledge Partnership earlier this year and she offered some initial advice. On hearing about the appeal, she said one of her contacts, barrister Justin Bates, was keen to help and they agreed to step in.

Knowles said: 'Litigation can be expensive, especially defending an appeal. Funding can be a real issue, as is the case here. It seemed unjust that Michelle should face this alone without legal representation, especially given the new issues now raised by Southwark. Landlord and tenant law is complex at the best of times, and trying to defend yourself in person on appeal is a daunting prospect. Justin and I did not consider that it was fair that Michelle should defend herself in this appeal alone, especially where there is no public funding available like legal aid.'

Knowles says there are many cases where leaseholders go up against councils in court unrepresented: 'Funding litigation can be a real problem, particularly where leaseholders received huge service charge bills which they struggle to pay, let alone legal fees to defend such a case.

In a statement to the Gazette, Southwark councillor Stephanie Cryan said: 'It's always frustrating that we have to charge people large amounts of money for works to their council properties, as they are sometimes the people who are least able to afford the payments. However, the work has to happen and payment of service charges and major works bills is a condition of the lease for those who have taken up Right to Buy, or bought council homes privately.

'In this case, and after extensive consultation, we believe the resident is required to contribute for replacement work to her estate's heating system. The legal case surrounds the definition of "replacement" as opposed to "improvement". The court found in the resident’s favour but Southwark Council is appealing this decision.'

A date for the appeal hearing has yet to be confirmed.