Solicitors assured lessons will be learned from DSCC 'meltdown'

The Legal Aid Agency has acknowledged that the standard of service provided from a call centre system for duty solicitors was unacceptable following last month's 'meltdown', a practitioner group has said.

The London Criminal Courts Solicitors' Association met the agency this week to discuss what went wrong when the Duty Solicitor Contact Centre was unavailable for 48 hours while 'essential maintenance' was being carried out. Practitioners reported severe delays between the police contacting the centre and the centre contacting a duty solicitor. The meeting was also attended by Ian Kelcey, co-chair of the Law Society's criminal law committee.

Posting an update, Kerry Hudson, vice-president of the association, said yesterday's meeting was productive 'in which the LAA acknowledged that the standard of service from the DSCC over the last week or so had not been acceptable and that lessons must be learnt about the lack of advance communication with the profession'. 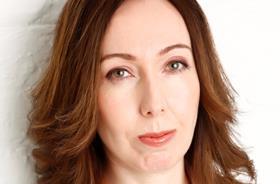 The Ministry of Justice has been in the process of handing over from the existing supplier, Capita, to a new supplier, HGS UK.

The association was told that a combination of unanticipated IT complexities, and underestimating the staffing levels required and the number of likely calls to be received during the transition period appeared to have caused the problems. 'The bulk of the delays stemmed from a "manual" contingency process put in place whilst the internal and external IT systems were being moved over,' Hudson said.

The agency apologised on Twitter on Tuesday for 'recent problems', and said it was working with its suppliers 'to improve performance'.

Hudson said extra provision has been put in place this week and a training review 'is taking place imminently to identify common issues and provide extra training to call staff. The LAA will keep performance under close ongoing view until the service level agreements are consistently being met'. Practitioner groups have also been invited to visit call centres and meet staff 'to share knowledge and experience of the work that we do'.

The call centre should now be answering calls on average within 30 seconds and deploying cases to solicitors within five minutes for 95% of cases, Hudson added.