London criminal defence solicitors have this week been instructed not to speak to too many prisoners on a single visit to police cells in order to help courts deal with vulnerable defendants as quickly as possible. The London Criminal Courts Solicitors' Association has welcomed the policy - but was surprised to learn that it was introduced five months ago.

HM Courts & Tribunals Service wrote to members of the defence community yesterday informing them that magistrates' courts across London introduced an overnights/vulnerable prisoners policy on 6 August.

The policy was introduced 'as a result of the number of vulnerable prisoners who were not being reached until the afternoon and were therefore spending excessive amounts of time in a cell. Also, some of those remanded in custody were not reaching the relevant establishments until late and on occasions being locked out', the letter states.

Solicitors are asked, when they arrive at court, to immediately liaise with the list caller to ascertain who the vulnerable prisoners are. When taking instructions, they are asked to speak to no more than two individuals before returning to court. HMCTS says: 'We do appreciate that it may be more convenient for you to speak to all prisoners you are representing on one visit, but your reporting back to the court more frequently assists the court in calling on the most vulnerable first so we do ask you strictly to observe this "two at a time" rule.' 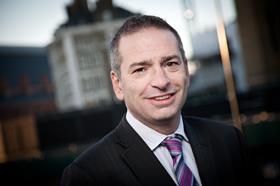 The London Criminal Courts Solicitors' Association welcomed the policy to prioritise vulnerable prisoners' needs, telling HMCTS in a letter yesterday that 'we have been calling for such defendants to be treated with fairness, empathy and dignity for decades'.

Jonathan Black, the association's president, said: 'Although it is suggested in your letter that the initiative was implemented in August 2018, it appears that none of the defence community was aware of it and it would have helped to have consulted us so that we could input as stakeholders and advise as to any obstacles to successful implementation.'

The association made several observations in its letter, telling HMCTS that is it more efficient for duty solicitors to deal with as many clients as possible in one sitting in the cells.

Responding to the letter, HMCTS operations manager Alison Aedy said the policy was 'not a criticism to how solicitors work, if anything it is more geared to the police, [Crown Prosecution Service] and the court for being more pro-active.'