Archaic syntax and the passive voice must disappear from grounds of appeal, which are too 'rambling, waffling and warbling', an appeal court judge has said. 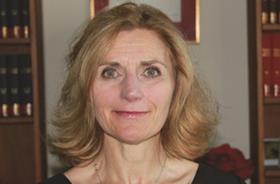 In a speech to the Criminal Law Review Conference last week, Lady Justice Rafferty, chair of the Judicial College, questioned what the best 'control mechanism' is to cut word counts. 'Is it tough Criminal Procedure Rule vocabulary? Is it a Court of Appeal Criminal Division judgment or three, from the top, reiterating disapprobation? Is it a Criminal Practice Direction in firm tones? All the above?'

Phrases such as 'it is thought', 'it is arguable' and 'it is suggested' have reached the end of their natural life, Rafferty LJ said. She gave her own example by chopping a 162-word sample submission down to 89 words.

Rafferty LJ added: 'In a skeleton argument I can read about the learned judge up to sixty times. Speaking entirely for myself life will still hold meaning for me if I am referred to as the judge not the learned judge. Similarly, the author's respect for the judge's efforts below doesn't need to be repeated fifteen times let alone made more profound when it becomes "with the greatest respect".'

The Judicial College chair recalled going through two sets of sentencing remarks during a seminar.

She said: 'We timed me delivering each one and of course I had the page count. The first, over 22 pages - that’s 22 - took 34 minutes - that’s 34 - for two men in the dock to find out they were getting five years and seven years respectively for a straightforward GBH. In the second it took Mr Justice Irwin as then he was sentencing the murderer of the little lad Rhys Jones in Liverpool eight minutes of pure gold to say everything necessary.

'Whoever originally said "I had to write a long letter because I didn’t have time to write a short", Oscar Wilde, Benjamin Franklin, who knows who cares, you might think he was spot on.'