Legislation to alter the tax rules for limited liability partnerships (LLPs) will have ‘far- reaching’ implications for the legal and business community, and risks damaging the UK’s reputation as an attractive business location, the Law Society has warned. 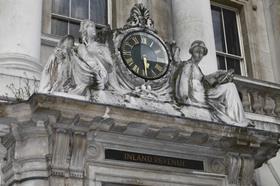 Responding to the government’s consultation on the draft National Insurance Bill, the Society cautioned HMRC against introducing ‘another complex provision’ into the UK’s ‘already lengthy’ tax code.

It follows an announcement in this year’s budget that the government intended to remove the ‘presumption’ that LLP members are self-employed rather than employees.

Gary Richards, chair of the Society’s tax law committee, said HMRC needs to refine its partnerships policy and legislate ‘cohesively’ – or risk creating uncertainty that will render the UK an unattractive place for investment. He said the underlying policy behind the consultation is ‘difficult to discern’ and ‘unclear in scope’, and suggested the changes may cut across other pay initiatives and tax consultations currently under way.

He added: ‘There’s no denying that perceived tax avoidance continues to be a hot topic. But legislation would be premature until HMRC can refine the issues it is really seeking to address.’

Richards said he expected that most firms will be able to demonstrate that their partnership arrangements are not aimed at avoiding NICs, but reflect the contribution that their members make to firms.

Richards said: ‘HMRC needs to refine its policy on partnerships and legislate, probably in 2015, rather than [making changes] in a piecemeal fashion which just creates uncertainty for partners, whether in legal or accounting practices or other businesses operating through LLPs.’