Top-20 firm BLM has opened a new commercial advisory practice run by lawyers formerly at troubled Australian alternative business structure Slater and Gordon. The move, revealed by the Gazette last month, could mark the beginning of the breakup of the UK arm of Slater and Gordon.

A total of 33 lawyers, including 11 partners, will join BLM today, to form a commercial advisory business stream headed by new partner Stephen Lintott. The team will operate from Manchester and London. Four lawyers will launch a business advisory offering, to include company and corporate law, intellectual property and information and communication technology. The firm has also been joined by 15 commercial real estate lawyers with non-contentious expertise who will broaden its construction and property damage offering, as well as four employment and 10 commercial litigation lawyers who will complement and grow BLM’s existing practice. 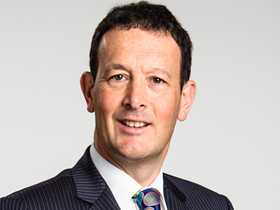 Mike Brown (pictured), senior partner at BLM, said: 'We have engaged in discussions with Slater and Gordon for quite some time. We knew they were making plans to restructure their business to focus on core consumer services and we were seriously exploring our diversification strategy. It is a logical move for both businesses. The Slater and Gordon team wanted to move to us and we are delighted they chose to do so, we’re really looking forward to the team joining us.'