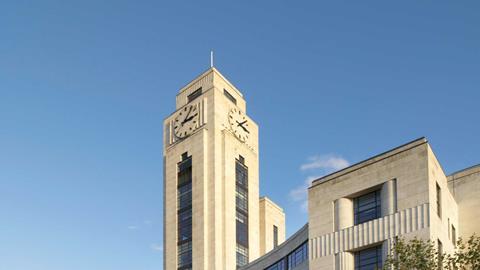 The cost to the NHS of cover against clinical negligence claims emerged as a major political issue today following a National Audit Office (pictured) finding that one fifth of total spending on maternity services is for litigation cover.

The NAO today reported that cover against maternity claims totalled £482m in 2012/13, with the number of claims increasing by 80% over the past five years.

In 2012-13, maternity care accounted for 12% of the claims resolved, but 33% of the payments made through the NHS Litigation Authority’s clinical negligence scheme for trusts.

The average cost per case is higher than in other parts of the NHS because the settlements cover the cost of care and support for the whole of the individual’s life from birth.

The NAO stated that the scale of litigation ‘highlights the importance of improving risk management and the safety of care’.

In a statement, Margaret Hodge, chair of the House of Commons public accounts committee, said it was ‘absolutely scandalous’ that the equivalent of around £700 is spent per birth on clinical negligence cover.

She added: ‘The current system is not working as it should. The Department [of Health] needs to buck up and take responsibility for this.’

Janet Baker, head of clinical negligence at Yorkshire firm hlw Keeble Hawson, and an expert in birth trauma cases, says that lack of maternity resources is the likely reason for a continued rise in claims. 'From more recent cases I have dealt with, and some of which are ongoing, it seems to me that the medical accident often occurs due to resource issues,' she said. 'Twenty years ago a birth injury was most likely due to a mistake made by one person - now I would say it is because maternity services are under resourced with not enough midwives.'

Baker said that the way the insurance figures were reported is misleading: 'The way clinical negligence insurance works in the NHS is not the same as the person in the street paying a premium to an insurer such as Direct Line or whomever. NHS trusts pay into an insurance pot managed by the NHS Litigation Authority. If the reserve they have set aside is not used in paying damages, then that money goes back into the NHS to pay for patient care.'

While the level of consultant presence on labour wards has improved substantially, the report said more than half of obstetric units were not meeting the levels of consultant staffing recommended by the Royal College of Obstetricians and Gynaecologists.

Amyas Morse, head of the National Audit Office, said the Department of Health’s implementation of its strategy ‘has not matched its ambition’.

‘There have been improvements in maternity services, but the variation in performance across the country, and our findings on how services are being managed, demonstrate there is substantial scope for further improvement.’

Health Minister Dr Dan Poulter said the service was making progress but conceded there is room for improvement. He said: ‘The NHS remains one of the safest places in the world to have a baby, but on rare occasions care falls below acceptable standards and unsafe care should never be tolerated.'