'We're not like other local authority ABSs', Kent chief declares

Kent County Council's long-awaited alternative business structure is unlike other local authority ABSs, its chief executive has told the Gazette.

Speaking on the day that Invicta Law began operating, Geoff Wild, previously director of governance and law at the council, said most other local authority ABSs are 'bolted on' to their council's in-house legal teams.

'Their staff remain employed by the council...when they need to switch into ABS mode, they put on a different hat, then they go back into local authority mode when they do not need to work in the ABS,' Wild said. However, Invicta Law is a 'freestanding, wholly independent company employing all its staff'. Kent County Council is currently the sole shareholder.

As the Gazette reported last year, all but five of the 125-strong legal team, as well as 30 support staff, have transferred from the council to the new company, working from refurbished offices in Maidstone, which were once occupied by the Crown Prosecution Service.

Wild says he is hoping to grow and expand Invicta Law's client base and increase its market share. 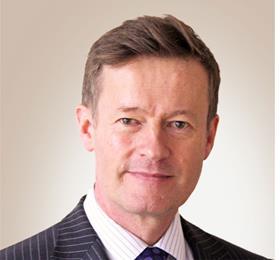 Invicta Law already has a 10-year contract to provide the council's legal work. It has since secured a spot on the London Universities Purchasing Consortium's national legal services panel to provide property (estates) and human resources (employment) work.

The council's previous in-house team, as Kent Legal Services, worked for more than 600 public sector bodies. The team, as Invicta Law, has sought those clients' consent to continue to work for them.

Among those on the seven-strong board are Christopher Digby-Bell, Law Society Council member for the City of London.

Digby-Bell said Invicta law was about 'taking the ABS model, applying it to a talented group of in-house lawyers and setting them free to build a successful private law firm business operating in the public sector'.

Many lawyers consider the public sector to be unglamorous, Digby-Bell said. 'But this is to seriously underestimate the opportunities it offers for a modern, tech savvy law firm that knows its way around the sector and is focused on quality advice and efficient service delivery,' he said.

Wild paid tribute to the support he has received from Kent County Council leader Paul Carter for Invicta Law, which has been four years in the making.

The council previously sought a commercial partner to form a joint venture ABS but eventually decided to develop an ABS on its own.

Wild said: '[This] has been a long time coming - some thought it would never happen. It needed a lot of patience.'