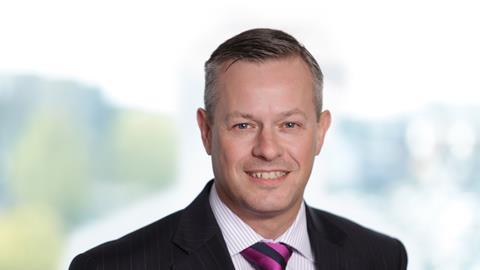 My career journey has been somewhat unorthodox. In the late 1980s, during my time doing A-levels, I started playing for my local football league team Grimsby Town. I was given the opportunity to go on to be a professional footballer for the Mariners, who had made a return to the second division. I played at the club for two seasons before the manager spotted my potential (as a lawyer) and did not renew my contract.

I fell into my career in law by accident. I had been out of work for a couple of months before embarking on the legal route. If I had not taken this route, I think I would have probably ended up in some kind of sales or marketing role, although I did flirt with sports science when I was considering university.

My legal career started life when I became a trainee legal executive, working in a debt recovery department of three people. Definitely a far cry from the roaring crowds of the stands at Blundell Park. Fast forward to today and I now manage a successful national recoveries team of 60 at the very same law firm, Wilkin Chapman. It was quite a culture shock going from training on the pitch for a couple of hours a day to working full time and training every day to become a lawyer. The working environments are probably as wide apart as you could possibly imagine. As to the skills sets, I could not honestly say that there were a lot of transferable skills. One was an ability to deal with people from different walks of life, particularly when I was combining my legal life with semi-professional football.

A football crowd can be just as demanding as a lawyer’s clients (just a little bit more antagonistic and a lot louder – the football crowd that is!).

I am really proud of my career journey so far. What would be my proudest moments? Making my Football League debut or playing at Wembley? Well, I am not sure my legal career has quite yet reached those heights, although I am very proud of the recoveries team that we have built at Wilkin Chapman, and particularly our personal insolvency work, which has disrupted our accountancy colleagues.

Life throws us lots of curve balls and we learn from it every day. But if there is one lesson that I have learned along the way, or piece of advice that I could offer, it is that if you want something badly enough, with hard work and determination you can achieve it. But combine that with ‘it’s better to be lucky than good!’.