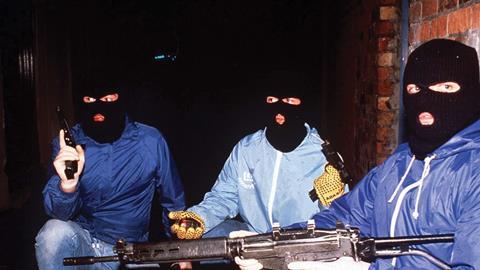 A dirty war for supremacy

Counterinsurgency and Collusion in Northern Ireland

Roseann Mallon is entry 3478 in Lost Lives: The stories of the men, women and children who died as a result of the Northern Ireland Troubles. The 78-year-old was a Catholic/republican killed by the Ulster Volunteer Force on 8 May 1994.

The verdict on her death was delivered at the conclusion of her inquest on 7 January 2019.

Mark McGovern’s compelling book opens and closes with Mallon’s murder. In 170 pages of well-written prose and elegantly articulated sociological, political and legal argument, McGovern describes more murders that occurred during the course of the conflict in Northern Ireland, in what is increasingly accepted by many (particularly in the North) as a dirty war – a colonial struggle for supremacy by Britain over a violent and venal nationalist/republican paramilitary force.

The relevance of this book resides in its title: counterinsurgency and collusion. Counterinsurgency as a security force strategy entails the manipulation or the abandonment of criminal justice safeguards which maintain the rule of law. This is graphically described by McGovern through the example of state agency handling of agents and informers. This often resulted in criminality including murder – a security strategy and policy endorsed at the highest levels of the English establishment to achieve a means to an end: the destruction of the Provisional IRA (PIRA) – not the prevention of terrorism.

To achieve the objectives of the Northern Ireland counterinsurgency strategy/policy meant engaging in collusion. McGovern exposes the levels of collusion between British security forces and loyalist paramilitary violence against the PIRA – including Mallon. But there was also collusion with agents and informers within the object of the strategy: the PIRA. The ongoing Operation Kenova investigation is exposing the role of agents and informers within the PIRA, specifically the double agent known as Stakeknife.

Collusion is currently being pleaded before the Northern Ireland courts in a significant number of what can be defined as ‘conflict-related legacy’ cases. These engage allegations of collusion between British security forces and paramilitary organisations, largely loyalist but also republican (Stakeknife) through the use of agents or the supply of weapons, as described in detail by McGovern.

These pleadings argue that collusion is a systemic and administrative state practice according to the jurisprudence of the European Court of Human Rights.

Collusion, as a core aspect of a strategy/policy of counterinsurgency, demands to be exposed and the work of McGovern reiterates this: ‘All of which only serves to reinforce, again, the need for a comprehensive process truly capable of getting beyond the denials and cover-ups of the counterinsurgency role of collusion in the North’s “dirty war”.’ 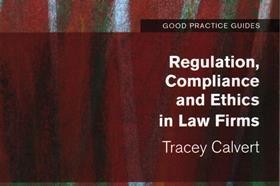 This welcome guide includes sections on management, money laundering and complaints, and an introduction to the forthcoming likely changes to regulation. Some of the case studies are better suited to larger firms. The book makes the point that compliance is for everyone and that we need to encourage an atmosphere of high standards. A well-run firm is a successful one. Sadly, however, we all know of unscrupulous firms that must have gone through countless audits before any concerns were raised. This is a helpful introduction to a complex area.