A look back at a life in law

Trial and Error: A judge’s experiences, in the law and out of it

These memoirs of a recently retired circuit judge contain a chronological account of his career in the law intercut with chapters about his personal life. This format works well and the book is a very easy read with a breezy style.

Harris details his professional ascent, with insight into how civil law has changed through his career. He frequently opines on whether these changes have been for the better, and he isn’t afraid to criticise. He’s also honest about how he progressed his career and some of his regrets. 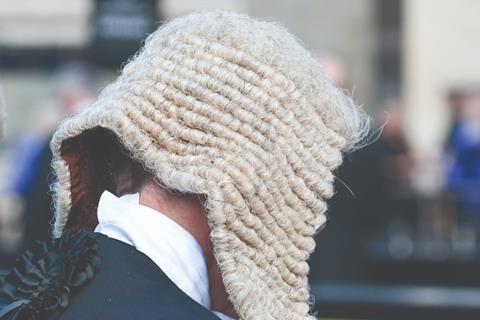 I would have liked to read more details about some of the cases he was involved in, as the book focuses more on procedure and the day-to-day work of a barrister and judge rather than the cases themselves. There are also some factual errors – the EU referendum is described as being in 2015 and the author wrongly asserts that claimants are never prosecuted for fraudulent claims.

There are some interesting chapters about his personal life, particularly his attempts to become a parliamentary candidate. However, these often lapse into diversions about all manner of topics – fireworks, cricket and political correctness, to name a few. In these parts it can feel a little like listening to a pub bore. (Although you are unlikely to find Harris in a pub, because he finds those disagreeable.) He is well-travelled and has a range of hobbies so these chapters are much more enjoyable when they stay focused, such as his account of his efforts to learn to fly a plane.

The book may have benefited from better editing, particularly in the chapters about life outside the law. But there’s still plenty to enjoy, whether the reader is a lawyer or not. Harris has lived an interesting life and the book is honest and opinionated, painting a vivid portrait of life inside a barrister’s and a judge’s chambers.

Lee Wall is a solicitor with Irvings Law, Liverpool