A proud ‘progressive’ at pains to do the right thing

Next month it will be exactly 10 years since the Supreme Court formally took over the role of the law lords, in the process hastening the senior judiciary’s metamorphosis into the mouthpiece of metropolitan liberal opinion. For those who remember figures like Argyle and Melford Stevenson, this is still a bit of a shock. 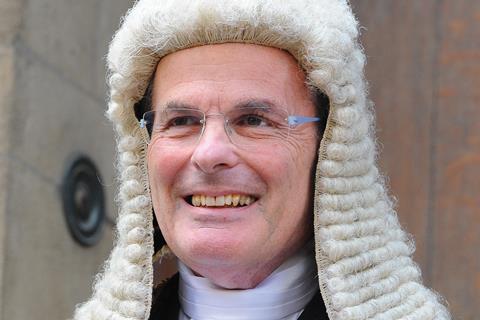 Lord Dyson: 'I am proud to have generally been regarded as a progressive judge'

In this autobiography, Lord Dyson, of course a Supreme Court justice before mastering the rolls, says ‘I am proud to have generally been regarded as a progressive judge’. And the book has already made headlines for saying ‘progressive’ things about certain politicians. Indeed in its enthusiasm to claim Dyson as one of its own, the Guardian misquotes him as bemoaning former lord chancellor Chris Grayling’s lack of enthusiasm for ‘social justice’. In fact, Dyson was talking about Grayling’s understanding of justice ‘as an important social good’ – rather a different point.

But there is much more to the book than this, or indeed Dyson’s other headline-making grumble about failing to secure a retirement seat in the House of Lords.

Brexit, of course, gets a mention – he views it with ‘dismay’, talking of his love for hearing spoken French and Italian and eating French and Italian food, as if these pleasures are contingent on membership of the EU. He also reveals that his continental holiday home is in Europe’s most conspicuous non-member state, so perhaps life outside the EU is not quite unthinkable.

Solicitors may be interested in mentions of Dyson’s Court of Appeal judgment over costs sanctions in Mitchell, which caused consternation throughout the profession. But it is mainly about the reaction: Dyson confesses to have been ‘taken aback by the trenchant tone of the criticism’, and ‘upset by stories that I heard that solicitors were having nervous breakdowns’.

This is just one of several examples of Dyson’s sensitive side. He also reveals upset at a home secretary’s comments on the Today Programme and a Sunday Times investigation which found he was drawing a ‘few thousand pounds’ as director of a property company set up by his parents. ‘I did not like the intrusion and found the whole affair very unsettling,’ he reveals.

Such sensitivity is not ideal, perhaps, for a senior judge. But confessions of inadequacy and insecurity run as an endearing thread through the book.

All in all, Lord Dyson comes over as a nice chap at pains to say the right things in a society that expects its judges to be woke as well as wise.