Not, perhaps, one for the sun-lounger, this ambitious compendium of diary entries and archival records sets out the results of substantial research into Hall Place, a ‘lost’ manor house in Dulwich, and a succession of its late-17th-century owners.

Ties of Blood and Friendship: the Complicated Life of Francis Lynn

The book does not commit itself to any particular genre and, consequently, is rather hard to review. It hints at a multi-generational romp through a Dulwich-emanating extended family, the title echoing the biblical trope of blood and water, suggesting an epic scale to the narrative. But it is instead a rather studious monograph which delves into local records to give the reader a long lesson in copyhold inheritance (smaller parcels of land within a manor, effectively entailed to the family of that manor).

An evocative backdrop of duelling, illicit marriages and links to the first Jacobite rebellion – so redolent of Walter Scott – means that the (it turns out) rather dry content is likely to be a high hurdle to the casual reader spending any serious time with the work. It may be, of course, that such perceived impenetrability is the fault of this reviewer having false expectations. 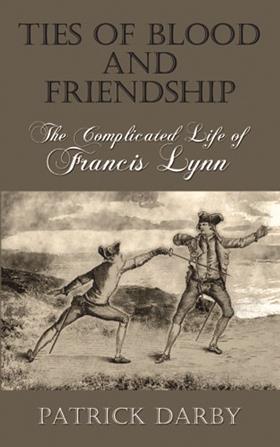 Nevertheless, one cannot doubt the commitment of the author, a retired solicitor, to his research and (one or two questionable nods to Wikipedia aside), it contains exhaustive references to which those who have an academic or keen interest in late 17th/early 18th century life in that corner of south-east London might be pleased to refer. In particular, lists of incomes and household expenditure, which feature heavily, may be of use to the specialist.

This is clearly a labour of love and the author has identified an intriguing set of connections between a cast of characters worthy of an historical novel (the duellists, the debtor, the folk hero, the traitor and those guilty of misprision). Unfortunately, the attempt to weave those characters into a comprehensive narrative fails. While the research is admirable, the threads of connection are lost to interminable quotations of, by way of example, sums lent and letters about such financial transactions.

Were there to be a second edition, the services of an editor could be obtained to crystallise the story, taking out much of the peripheral research and moving this to a series of end notes. Such an approach may make the work more accessible, freeing the dark and (one feels) compelling story that hides just below the surface.