Astartling black-and-white rendering of Execution by Elephant, first carried in the 1868 issue of Le Tour du monde, supplies visual ballast for Tom Gash’s consideration of whether tough sentences deter crime. Pervasive in south and east Asia for centuries, this form of punishment ‘aimed to demonstrate rulers’ power through their ability to control the enormous animals’, writes Gash, a senior fellow at the Institute for Government, in this thought-provoking work that explodes myths about crime.

Criminal: the truth about why people do bad things

Today in the UK around half of the population espouses the death penalty for ‘standard murder’. Sentencing is ‘too lenient’, avers some 80% of the population in polls. But in recounting home secretary Michael Howard’s crackdown on crime in 1993 – ‘prison works’ he declared and though prisoner numbers soared, by 2010 ‘crime was half its previous level’ – Gash also draws on lessons across the pond. In the US, rising crime in the 1960s led to wars on drugs and crime by Richard Nixon and Gerald Ford. That tough stance then perhaps reached its apogee under Ronald Reagan and George Bush. ‘Toughness became a source of political pride,’ Gash observes. Moreover, crime dropped as the ‘prison population swelled to around six times its 1960 level’.

The US approach prompted analogous strategies in Australia, New Zealand and Canada, where crime also dropped. Gash acknowledges the deterrent value of tougher sentences but questions the amount of public spending entailed in keeping people in prison; tellingly, the US spends more than $50bn a year on correction. 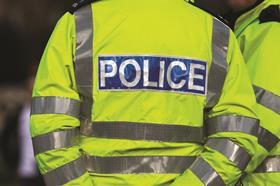 Would a greater police presence – and their ‘willingness to put themselves in physical danger’ in the streets – militate against landing yourself in gaol? Intriguingly, while a series of police strikes in the US in the 1970s led to more crime, the London strike of 1918 led to ‘no discernible increase in disorder’. Even with the UK spending around £10bn a year on policing, Gash dispels the myth that better police response times would impact on crime, simply because people take so long to report incidents.

Sometimes, Gash suggests, a more nuanced approach works. Consider West Germany, where motorcycle thefts soared in the 1980s. A combination of making the wearing of helmets compulsory and on-the-spot fines led to a sharp fall. Consider Cardiff in the 1990s, infamous for having among the highest number of ‘wounding’ incidents. There, lobbying of pubs and clubs to use plastic glasses or ones made from toughened glass led to a sharp drop in serious injuries.

Gash reiterates the premise of his book: a retreat from ‘myth-based decision-making’ to policies grounded in the ‘complex world we actually live in’. Here, according to Gash, technology has a big part to play – using CCTV and addressing ‘the anonymity [of the internet] which gives offenders remarkable opportunities’. Above all, Gash applauds the setting up of ‘what works’ centres by the coalition government to supply evidence to help shape social policy; the College of Policing incorporates one of those centres. As Gash laments: ‘Popular beliefs constrain investment in evidence.’