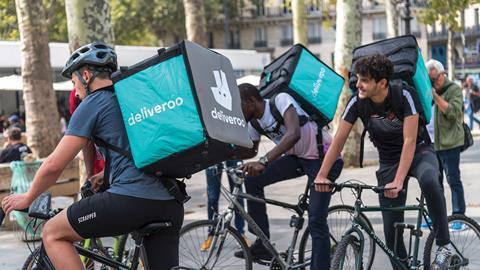 Jeremias Prassl’s central thesis is that ‘labour is central to the gig [temporary] economy: without access to large pools of on-demand workers, it would be impossible for platforms and apps to deliver any of the gigs, tasks and rides they offer’.

He explores three themes in this 140-page work: the reality of life and work in the gig economy; the potential solutions to the problems he identifies; and the broader implications of the gig economy for consumers, taxpayers and markets. He points out that while ‘gig work suggests flexibility… the business model often requires a tightly curated service… and a significant proportion of on-demand workers find themselves trapped in precarious low-paid work’.

He considers problems of regulating work and the ability of workers to access ‘a basic floor of rights – from minimum wage entitlements to discrimination protection’ given their ‘inequality of bargaining power vis-a-vis their platforms’. He concludes that ‘one of the most pervasive yet fundamentally misleading myths is tackled head-on; there is no inherent incompatibility with flexible work and employment protections’.

Prassl considers that ‘platforms shift nearly all of their business risk and cost onto others’, while ‘presenting themselves as mere intermediaries rather than powerful service providers’.

Finally, in considering the broader implications of the gig economy, Prassl looks at consumer protection and tax enforcement, finding that ‘fragmentation of [tax] payments and tax collections leads to serious underpayment and enforcement problems. The proliferation of low-cost labour might even end up disincentivising investment in research, development, and working conditions that foster genuine innovation’.

He also notes that consumers increasingly find that the promised bargain of better services for lower prices unravels when things go wrong and platforms refuse responsibility.

Rather than labour law being burdensome, he considers that it plays a crucial role in protecting consumers and markets, and encouraging innovation and competition on a level playing field. He also sees a ‘real need for creative approaches to new models of worker protections’.

This comprehensive look at the gig economy is a timely reminder that ’beneath the shiny surface of our phones, tablets, and computers, behind the frictionless apps that allow us to order all kinds of products and services, someone, somewhere is doing work’.

Shantha David is a solicitor and legal officer of UNISON