There are two reliable ways to reduce crime. One is to decriminalise certain types of activity and the other is to stop people reporting crimes. Forgive me for being a bit cynical but those seem to be the only certainties about criminology. I am surprised governments have not taken these ideas up. In fact, they probably have done, but in a subtler way. Crimes that were prosecuted as GBH and wounding are now reduced to ABH and some assaults are not prosecuted at all. Poor governments. They focus on particular behaviour and that leads to a rise in reporting which looks as though crime has increased. Conversely, many people only report crimes for insurance purposes. If you did not need to produce a crime number when your office has been vandalised or car stolen then crime would seem to fall. People with no insurance presumably do not report some crimes.

This concise book from the reliable range of ‘Very Short Introductions’ contains an excellent overview of the subject along with up-to-date research. Crime statistics have been recorded since the 1810s when courts were instructed to return the number of certain offences. The list of recordable crimes gradually increased over the years. The number of convictions is not the same as the number of crimes because there are cases where the perpetrator was not apprehended or where the crime was not reported at all. More recently, there has been an increase in self-reporting surveys. People have to say whether they have been the victim of a crime, but this is not 100% accurate because crimes might have been reported more than once, exaggerated or not have occurred at all. 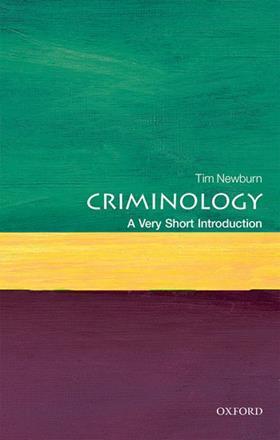 What we do know is there are plenty of criminals about. Statistics have shown that 65 million of the total population of 250 million in the US are criminals or at least have a conviction for a criminal offence. A third of British males over a certain age have a criminal conviction and a tenth of females. I find that staggering. I would think the total number of people who have committed some sort of offence is nearer 100%. I think somewhere it says everyone has offended and fallen short. There must be an invisible undetectable class of criminals who get away with crime.

In most developed countries there was a significant increase in crime after the Second World War, leading to a peak in the 1990s, and then a steady fall. No one really knows why, although there are plenty of suggestions. The increase in crime matched the rise in living standards. Perhaps there were more expensive cars around to nick and homes to break into. More recently, technology has given us cameras everywhere which probably has led to a decrease in some types of anti-social behaviour. You see I am doing it now – not calling it crime but another term. However, it may be that it just moves crime on. People find somewhere to go that does not have a camera.

There are other suggestions on how to spot a criminal. Apparently, people who commit murder more likely to have different brains to the rest of us. Soon society will want to scan everyone’s brain to see who a likely murderer is. Statistically, there is a correlation in the levels of lead in petrol with levels of crime.

Criminology seems to be the subject of choice for many would-be lawyers. If you want to join the legal profession It is useful to know how a bad person’s mind works (I mean the criminal not other lawyers – but maybe not…).

There is no clear indication of who criminals are or why they offend or even why they stop offending. Can anything be done about crime? And what is the function of the state? Is it to protect its citizens, catch villains or deter them? Certainly, spending money on a justice system does not seem to be a priority.