Even those who are aware of the astonishing economic growth of South Korea over the last few decades may be surprised to hear that the country also has a vibrant arbitration scene. Korean parties are keen users of arbitration both domestically and in their international contracts.

However, despite an extensive literature in Korean, there has been relatively little written in English on arbitration in South Korea (Arbitration Law of Korea: Practice and Procedure edited by Messrs Kim and Bang being an honourable exception). This gap is now filled by Joongi Kim’s fascinating new book. Although Korea is a civil law country, a substantial body of case law relating to arbitration has been built over the years – and this forms the basis for the book.

In essence, Professor Kim has written a ‘casebook’ of the kind which would be very familiar to English Law students. As a method of getting students to think about cases and the process of judicial reasoning, this approach cannot be faulted. There are fascinating cases on the full range of arbitration issues which are likely to come before the courts – for example, on the scope of the arbitration agreement, applicable law, procedure, recognition and enforcement, and set-aside. In addition to the text of the cases themselves, Professor Kim has provided insightful commentary on each of the topics. Covering almost 150 cases (including all available Supreme Court and non-appealed High Court judgments), the book is comprehensive. 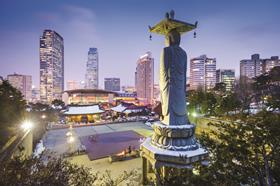 If I have a criticism, it is that the extremely full coverage of cases leaves relatively little space for academic commentary or, indeed, the valuable insights of Professor Kim. To take just one example, it would be fascinating to see further discussion on why the Korean courts have applied the Act on International Private Law to bill of lading cases rather than applying the simple tests outlined in article 29 of the Arbitration Act.

Professor Kim himself notes (at paragraph 1.25) that an unfortunate side-effect of the inclusion of so much case law is that scholarly material is limited. He suggests that this may be supplemented in a future edition. In the meantime, I predict that the first edition will become a standard reference for all those involved in Korean arbitration.