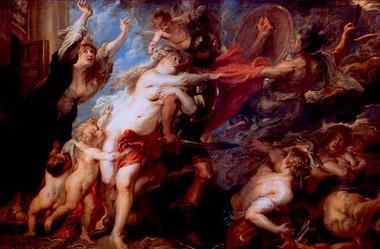 Book review: Use of Force in International Law

The Use of Force in International Law: A Case-Based Approach

Lawyers are used to trying to argue the impossible case. If that is true of some of us, it seems to be more true of international lawyers. This book contains an analysis of more than 60 international incidents and discusses the legality of each.

It commences with the Caroline case in the 19th century which arose out of a border dispute between the US and Britain over Canada and also involved a Canadian independence movement. It led to a ship being attacked and the death of a US citizen.

The subsequent litigation resulted in a test case which held that in international law the necessity for self-defence must be ‘instant, overwhelming, and leaving no choice of means, and no moment for deliberation’. That sounds fine in theory but in practice it is rarely that straightforward. Many countries simply want to get the retaliation in first. Even if this definition of the right of self-defence is correct, how can it be binding on any other country?

Each incident in this book is covered by a different international scholar. They all take place after 1945 and there are plenty to choose from. The second half of the 20th century provided many examples of countries having a go at one another. The 60-plus incidents are divided up into old War era, post-Cold War and then before and after 9/11.

The importance of 1945 is the UN charter article 51, which confirms the right of self-defence as follows:

Nothing in the present Charter shall impair the inherent right of individual or collective self-defence if an armed attack occurs against a Member of the United Nations, until the Security Council has taken measures necessary to maintain international peace and security. Measures taken by Members in the exercise of this right of self-defence shall be immediately reported to the Security Council and shall not in any way affect the authority and responsibility of the Security Council under the present Charter to take at any time such action as it deems necessary in order to maintain or restore international peace and security.

That sounds fine in principle as well, but as we know there is often little the Security Council can or will do. The proposition that there is theory of the ‘just’ war goes back to the Middle Ages, as does the proposition that there are binding rules as to how war should be waged and the treatment of wounded and non-combatants. There are various conventions on warfare including The Hague Conventions and Geneva Convention. The problem is I cannot think of any war that fulfils those criteria. Certainly the second world war did not.

Many of the incidents discussed in this book will be familiar to the reader. These include the invasion of Hungary and then Czechoslovakia, the Falklands War, Kosovo and then after 9/11 the war in the Gulf, Yemen, Afghanistan and Syria. These incidents are euphemistically referred to as ‘interventions’.

It is surprising how many wars there have been. Certainly there have been wars and rumours of wars over the last 70 years. The international community continually fails to give peace much of chance. The reader is left feeling that it is all very interesting but it is not very convincing that law has much to do here. History is written by the winners.