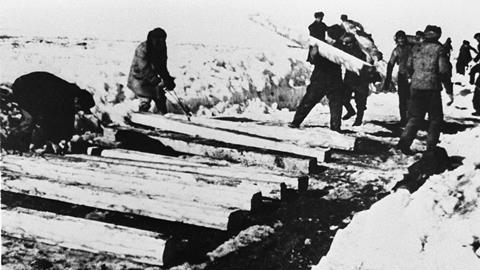 Struggles for Belonging: Citizenship in Europe, 1900-2020

I am pretty much an uncritical fan of the jurisprudence produced by the UK Supreme Court, but every now and then a judgment gives me pause for thought. One such was R (On the application of Begum) v Special Immigration Appeals Commission [2021] UKSC 7. So why the unease? Having read Struggles for Belonging: Citizenship in Europe, a magisterial work which gives an insight into both the historical and comparative aspects of being a citizen, no one could be in any doubt that the deprivation of citizenship is often the first step into a dark and dangerous place.

Professor Dieter Gosewinkel set himself a challenging task: a comparative history of citizenship in Europe over the 20th century and into the present day. The basic thesis is that an individual’s affiliation to a politically constituted community is determinative of that person’s life opportunities – and often vital to their survival. The concept is chronicled over the course of the 20th century and into the 21st with a comparative viewpoint from the perspectives of Great Britain, France, Germany, Czechoslovakia, Poland and Russia.

Europe appeared calm in 1900 but beneath the surface was in the throes of radical change. European empires dominated the world but there was an undercurrent of claims for national self-determination. Britain’s insularity did not save it from the clamour for independence from its oldest colony – Ireland. At the heart of the geopolitics of the early 20th century lay the question of citizenship: who could participate in the political and social life of the nation, and who was entitled to protection from that state?

Nineteenth-century Europe managed with a cocktail of ideas derived from medieval notions of monarchy, the aftermath of the Westphalian treaties, and the sweeping changes brought about by the French Revolution. But as the stability of Europe began to fray by the early 20th century, old ideas of citizenship were under stress. Concepts such as the indelible allegiance of subjecthood – at least as far as Britain and later the newly unified German Reich were concerned – presented a problem in a world of mass emigration.

Then Europe exploded. As Gosewinkel explains, the first world war changed society fundamentally. In its aftermath many in Britain and the US were perhaps oblivious of the increasing national and economic isolation within both new and old nation states, to the rise of authoritarian governments in some of those states, and towards keeping outsiders to the community at a distance. Regrettably, too, these tendencies were there, perhaps in an attenuated form, in nationality laws closer to home. The British Nationality and Status of Aliens Act 1922 excluded black seamen from seeking work in Britain, even if they were British subjects (in later years, lobbying by the Colonial Seamen’s Association and Asian MP Shapurji Saklatvala was successful in removing discriminatory provisions from legislation). Emergency rules from wartime morphed in Britain into a system for excluding ‘undesirable’ foreigners from the naturalisation process: northern and western Europeans were given preference over migrants from eastern Europe and those of Jewish origin.

European history in the 1930s is difficult to read without giving it a depressing interpretation, but still deserves the careful analysis given by this work. That most despised of institutions, the League of Nations, did at least try to ameliorate the lot of the ethnically displaced in central Europe. Gosewinkel demonstrates how antipathy to discrimination on ethnic or national origins did at least find a voice within the League, as did the idea that women’s entitlement to citizenship was not to be lost through marriage.

Then there was the Nansen passport – a document named after the Norwegian explorer Fridtjof Nansen which was intended for stateless refugees. Visas could be entered into it which did give stateless refugees a modicum of legal protection: a very mixed range of artists, intellectuals and even criminals benefited from the passport – figures as diverse as Rabbi Schneerson, Otto Skorzeny and Aristotle Onassis. Perhaps we need new Nansen passports today?

However imperfect the Europe of the 1930s was is as nothing to the racial war carried out by the Nazis. From 1940 onwards vast tracts of Europe were subjected to Nazi race laws. It is no wonder that as the full horror of this became plain thoughts turned to the idea of protection for the human independent of any national allegiance. But even with the full knowledge of the Holocaust, race still played a disproportionate role in European citizenship. Britain had benefited tremendously during the war years from recruitment of non-white empire subjects, but although they fought for the empire in war, in peace citizenship was often denied.

In communist eastern Europe after the war there was at least in theory a constitutionalising of citizens’ rights. But the reality was that rights were contingent and linked to state service. Nor did antisemitism stop: witness the Kielce pogrom of 1946, and the less deadly but persistent antisemitism in the eastern bloc that saw many Jews emigrate to Israel in the post-war period.

Ironically, in the 1970s some of the rhetoric on human rights came from the Soviet Union. America’s entanglement in Vietnam gave the eastern bloc a propaganda coup, which it exploited through its willingness to sign up to two UN-produced human rights covenants. Despite this, depriving dissidents of citizenship remained a favourite tool of the Soviet system even after the decline of the gulags. The Helsinki Accords that put human rights onto the European agenda are all but forgotten nowadays, possibly because of the events of 1989 onwards.

Gosewinkel takes us through this difficult terrain with admirable objectivity. There is much here that may have escaped anyone brought up with an ‘Anglo-Saxon’ view of the post-war world. The original German language edition first appeared in 2016; the English language version, from 2021, has the advantage of taking on board the consequences of Brexit.

But have events already overtaken this revised edition? The plight of Ukraine shows that Europe has still not resolved past tensions based on national identity and citizenship. Can we dare to hope that by the time a third edition of this text appears Europe will be at peace again?

Max Winthrop is a partner at Short Richardson & Forth, Newcastle upon Tyne