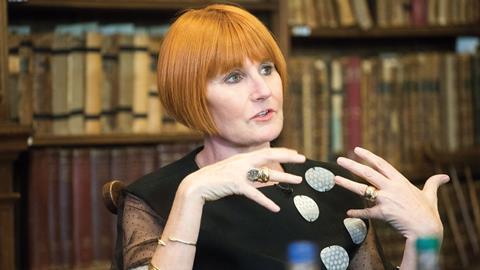 Creating a future that is female-shaped

Invisible Women looks at how female data has been absent from decision-making, writes Alison Herbert and Dr Phyl Hughes. Caroline Criado Perez assesses the impact of that absence across all areas of daily life, the workplace, public life, law-making and the humanitarian response to natural disasters and war. It is a shocking read.

Criado Perez shows how unwitting sexism is hardwired into every area of modern life. She evidences how medical science (diagnosis and treatment), town planning, vehicle safety and work environments are all designed for men. All this relates to what Criado Perez calls the ‘default male’.

This well-researched book turns everything we accept as normal on its head. It succeeds in making a powerful case for change in a non-preachy, educative style. The information can feel relentless at times, though, so should be read in small chunks.

Invisible Women, however, comes with a warning that you will be compelled to keep coming back for more. It is not entertainment; it is a thesis – and a powerful one at that. Did you know:

Marketeer and media-savvy Mary Portas (pictured above) also recognises the female-shaped absence. In her persuasive and engaging book, Work Like a Woman, Portas calls for a common-purpose culture to prevail in work and society which benefits both men and women. Portas’s biggest contribution here (supported in her podcast) is to offer a way forward that is deeply empathic, practical and relaxed.

Her clarion call to business is to have the courage to use core values as guiding principles, create new ways of working outside metrics, collaborate and embrace uncertainty.

Work Like a Woman is not just for the sisterhood: it is a manifesto for the nature of work now and in the future. Portas identifies the code of control and solutions for breaking the code. In the final chapter, #WorklikeaWoman:The Guide, she helpfully breaks down her message in age-specific sections of 20s, 30s, 40s, and 50+.

Michelle Obama offers an honest account of how she has lived something close to Portas’ manifesto. In Becoming she addresses the mindset – ‘Am I good enough?’ – which she grew up with and which continued as a black woman going into a white male legal world. Obama says ‘failure is a feeling long before it is a result’, which holds back women and minorities.

Becoming is testament to the power of education, resilience and self-discovery. When Obama realised that corporate law did not fulfil her, and emboldened by her husband’s question ‘do we settle for the world as it is, or do we work for the world as it should be?’, she quit law and moved into the public sector to effect change for disenfranchised communities. Poorly paid but satisfying.

Obama is a woman who implements her core values not with super power but with conviction and hard work. Her very readable book is both inspiring and empowering.

Alison Herbert founded and managed a niche personal injury legal practice for 13 years. She is now an executive coach. Dr Phyl Hughes is a corporate psychologist