Would you believe it? Despite a bonfire of regulations and Brexit, a body of law has recently celebrated a 40th birthday. The TUPE Regulations have emerged unscathed. Indeed, they were enhanced in 2006 despite, from birth, having attracted criticism for being invasive and oppressive. The government was compelled by European law to introduce the measures on 1 January 1982 and did so ‘without enthusiasm’, said a minister at the time.

Charles Wynn-Evans has delivered a third edition of his excellent commentary upon TUPE. Over 508 pages, he addresses recurring problems, such as what is a transfer, who transfers and the perennial problem of varying contracts.

The fundamental difficulty with TUPE for domestic lawyers is that it contradicted core common law principles. Take the concept of privity of contract. A enters into an obligation with B. TUPE, where applicable, ignores this and magically the original employees of their employer become the employees of the transferee. Even more extreme, the change is retrospective so that they are treated as having worked for the latter from the date employment was created with the former. Lord Denning would not have been amused.

I recall one distinguished academic in the early days telling me how difficult it was to get across to students the unique concept underpinning the regulations. The phrase ‘teaching quantum physics to a chimpanzee’ might have been uttered in a moment of weakness. 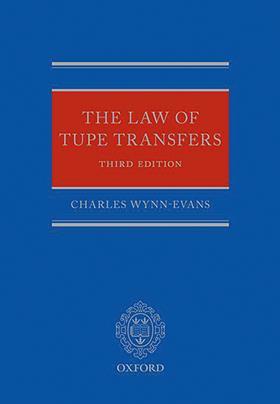 Sir Patrick Elias, an employment law deity, in his introduction to the previous edition of Wynn-Evans highlighted another cause of stress and confusion. The European Court of Justice was not troubled by the doctrine of precedent. On more than a few occasions it would pronounce new principles which were beyond reconciliation with previous pronouncements. For example, the decision in Süzen (1997) IRLR 255 (ECJ) about what constituted a transfer generated admirable effort from the likes of Mummery LJ in ECM v Cox (1999) IRLR 559 to sidestep or at least dilute a troublesome authority. Our author rightly sets out the subsequent, exquisite guidance delivered by Lindsay P in Cheesman and others v Brewer Contracts Limited (2001) IRLR 144 (EAT), an essential cut-out-and-keep checklist for every employment practitioner.

How is it that a set of supposedly unloved principles has survived? Those who represent the interests of employees appreciate TUPE of course, but employers have better marshalled resources and are able to get their message across. A government consultation on reform in 2013 had been expected to deliver a clear message that reforms were wanted, not least the abolition of the enhanced, ‘gold-plated’ protection added by the 2006 regulations. Well, it did not. Employers knew where they stood and had grown to live with the law. Abolition would generate uncertainty; better the devil one knew.

Another problem was highlighted. Many transactions captured by TUPE were destined to continue for some years. Abrupt abolition would leave those who had entered into transactions in the belief that on expiry there would be a seamless handover to a new transferee exposed to unexpected financial liabilities. That would not do. A lengthy period of transition measured in years not months would be required so that current obligations would expire as anticipated.

Tantalising issues remain. The CJEU in ISS Facility Services v Govaerts and another (2020) IRLR 639 addressed at a high level a longstanding issue. What happens to the workforce when multiple transferees take over? Let them follow each segment so that one employee might now find they have, say, three employers post-transfer. The court ducked the obvious practical difficulties that would surely ensue, declaring airily that it was for the domestic tribunal to deal with the sordid details.

Elias’s comments in the introduction that ‘the text is admirably succinct’ and that the tome ‘provides an outstanding analysis’ are absolutely spot on. The Transfer Regulations are not going away.

The publisher is to be congratulated for a legible list of authorities, a comprehensive index and paper that could never be confused with toilet tissue. The passion and understanding of the author leaps off the page. Employment lawyers should have this book surgically attached to them.