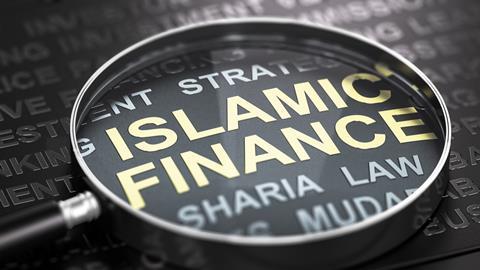 Modern Islamic finance emerged in the 1970s as certain countries (Pakistan, Iran, Sudan) announced that their banking systems would be entirely Islamicised. The collapse in oil prices in the 1980s caused Islamic financial institutions to move away from traditional models and instead attempt to replicate conventional financial products. Later, a perception that Islam was under siege resulted in an increase in religiosity which, in turn, has driven demand for products that are sharia–compliant.

Islamic Finance is designed to provide readers involved in the industry, as well as academics and students, with an overview of Islamic finance that is grounded in both religious doctrine and practice. Introductory chapters inform the reader about the general background to Islamic finance and Islamic law, corporate governance and financial regulation, and dispute resolution, including the role of sharia supervisory boards. Most of the volume is organised according to traditional Islamic transaction structures. The various structures discussed include mudaraba (trustee finance), musharaka (partnership or joint venture), murabaha (sale of goods) and sukuk (participation securities). A new chapter discusses the principles of Islamic investment funds.

Many readers’ knowledge of Islamic finance will be limited to the concept of riba (interest). Islamic banking was formerly synonymous with interest-free banking. Interest was replaced by a system of profit and loss sharing known as ‘double mudaraba’ in which, on the liabilities side of the balance sheet, the depositor would be the financier and the bank the entrepreneur while, on the asset side, the bank would be the financier and the borrower the entrepreneur. However, this system proved to be inflexible and unsatisfactory.

Islamic finance has prospered by virtue of a pragmatic and evolving interpretation of Islamic law and doctrine. The authors explain that there is a central distinction in Islamic law between ‘acts of worship’ between man and God, such as prayer and fasting, which are immutable, and ‘transactions’ between man and man, which are open to evolution and change. As a result, there is scope to develop and change the law relating to economic and financial dealings, subject always to fundamental principles, to foster human interaction and promote justice and prosperity.

This book contains an interesting mix of history, religion and financial theory. Analysis of doctrine is a complex exercise made even more difficult by the fact that there are several divergent schools of Islamic law. In addition, the technical terminology of Islamic finance is a challenge to anyone without knowledge of Arabic. The authors use case studies to explain each structure in a helpful and insightful manner. By way of example, the authors explain how, in the early Islamic community, an action (either for the community as a whole, or for every single member of it) could be regarded as obligatory (wajib), meritorious (mustahabb), morally neutral (mubah), reprehensible (makruh), or forbidden (haram). At the same time, most injunctions contain dispensations and exceptions.

In relation to fasting during Ramadan, the sick and travellers could postpone their fasting, and those for whom it would cause hardship could dispense with it. Persons invoking such dispensations and exceptions could make amends with a good deed, such as providing alms to the poor.

In Islamic finance, such pragmatism has been adapted for the ‘purification’ of improper income through charitable donation. This book will be a useful tool for anyone with an interest in this field.