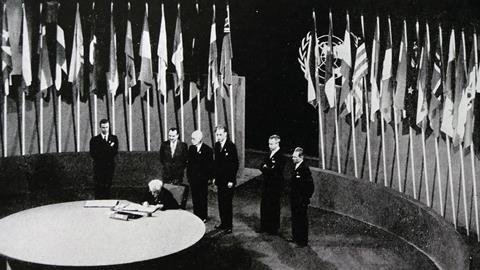 This book, which is part of a series of Oxford monographs on international law, should be of interest not only to lawyers but also to many others who are preoccupied with international relations. It focuses on the conditions of ‘necessity’ and ‘proportionality’ which need to be satisfied in international law to justify a right of self-defence. O’Meara proposes new classifications of ‘general necessity’, ‘specific necessity’ and ‘proportionality’ which need to be demonstrated in order for those conditions to be met. The author explains the differences between these categories and contends that they are ‘conceptually distinct’, though clearly interlocking.

O’Meara looks at customary international law which underpins the ‘inherent right of individual or collective self-defence’ as set out in Article 51 of the UN Charter, while not ignoring Article 2(4), which requires all UN member states to ‘refrain in their international relations from the threat or use of force against the territorial integrity or political independence of any state, or in any other manner inconsistent with the Purposes of the United Nations’.

When the charter was adopted at San Francisco in 1945 (pictured), the phenomenon of hostile non-state actors (be they ‘terrorist groups’ or ‘freedom fighters’) taking on recognised states in combat and/or embedding themselves within other states in a controlling way was much less well–developed and/or understood than in the 21st century (certainly since 9/11). The author includes a separate chapter towards the end on armed attacks by non-state actors and how ‘necessity’ and ‘proportionality’ are to be assessed accordingly.

The book is erudite and well populated with case studies (both judicial and political) and has copious footnotes and a good index.

Because of the volatile political world in which we live, one feels that this book may need to be updated before too long. But as it stands, it makes a very valuable contribution to understanding the legal issues involved.

David Glass is a consultant solicitor at Excello Law

Written by former lawyer Abi Silver, who has written several thrillers which always feature something unusual and challenging, this is a court drama about a murder. A television celebrity is found dead and all the evidence points to her former spouse, an ex-international footballer who is now living as a trans woman.

The story is partly inspired by the OJ Simpson trial and the effect of letting cameras into court. It raises important issues about celebrity and the glare of publicity. It includes a marvellous judge who seems to ‘ham it up’ for the television cameras in court.