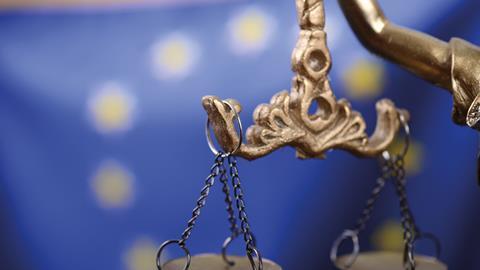 This is the first comprehensive study of the overall impact of economics on cartel enforcement. The book aims to examine the extent to which EU cartel law is consistent with the economics of collusion and identify areas where greater reliance on economics might be desirable.

The reader might assume that the cartel is a modern phenomenon. But laws preventing merchants from artificially restricting the supply of essential goods, so as to increase prices and profit, existed in Roman law and were enforced to varying degrees by nation states across Europe throughout the Middle Ages. Many laws were motivated by fear of starvation and civil unrest resulting from high food prices.

It appears people have long had an instinctive understanding that monopoly power, whether in the form of a cartel or otherwise, can be harmful but also profitable. In An Inquiry into the Nature and Causes of the Wealth of Nations, Adam Smith observed: ‘People of the same trade seldom meet together, even for merriment and diversion, but the conversation ends in a conspiracy against the public, or in some contrivance to raise prices.’

Although modern cartel law begins with the US Sherman Act of 1890, active cartel enforcement regimes tend to be less than 40 years old and most are modelled on EU competition laws. By way of example, the civil offence contained in the UK’s Competition Act 1998 closely mirrors article 101 of the Treaty on the Functioning of the European Union.

In this fascinating study, we learn that the biggest contribution to the design of cartel enforcement has come from the development of ‘game theory’ and, in particular, the use of leniency as a key investigative tool. Cartels are secretive and hard to detect through conventional investigations, so regulators create incentives for cartel members to self-report. Typically, the first firm to come forward gets immunity from sanctions and subsequent firms get rewarded with discounts in sanctions.

The authors also explain the answers to a number of key questions. Why do firms form cartels? Are cartels necessarily a bad thing? What is the social cost of cartels?

This book, which is written in a clear, non-technical style, makes the theory, law and practice of cartel enforcement accessible to readers from both economic and legal backgrounds.

Kevin McVeigh is a partner at Elliott Duffy Garrett